We've picked ten of the best free apps that we reckon are more of a help than a hindrance when it comes to getting outside and reconnected with nature.

Here at Base Camp, we harp on quite a lot about the outdoors being a no-screen zone. A chance to disconnect so we can reconnect with stuff that’s important, like plants and animals and people in their non-digitised form. But that doesn’t mean we don’t value the role technology plays in bringing the outdoors closer, however counter-intuitive that may sound. Apps and websites and blogs can be the curse, but they can also be the cure – or at least a part of it. And so with that in mind, here's 10 free apps we reckon every nature-loving traveller should have on their home screen. Appy camping!

So we're obviously being totally objective here! But like pavlova and Phar Lap, the Kiwis got a lot right when they came up with CamperMate – the map-based app that helps campers locate campsites and services while they travel. While it wouldn't be out of character for us Aussies to muscle in on another of New Zealand’s best creations, there's really no need to. The app already fully supports camping fanatics in Australia as well as New Zealand, and it’s free.

You can access offline maps and a tonne of helpful camping and RV-specific information that’ll help you plan on the go, such as the location of campsites (free and paid), caravan parks (including local deals), free wifi, petrol stations, supermarkets, dump points, public toilets and all manner of awesome things to see and do, all of which is frequently updated with reviews and tips from savvy travellers just like your good self. Interestingly, CamperMate will also tell you where not to go. By providing live weather and safety alerts, you can stay one step ahead and reroute as needed. Get it from Apple Store or Google Play.

If you’re a road trip fiend, chances are you’re all about the journey. You’d rather make the most of the time it takes to get somewhere, than race to a destination as fast as possible. You’re always on the lookout for interesting attractions enroute, and don’t mind detouring to get to them. If any of this rings true, the Roadtrippers app is for you.

Use it to map out and save fully customisable routes, or use the free suggested travel guides to get pre-planned trip itineraries. We love that you can share your trip with the rest of your convoy, and that any adjustments made on the fly will sync across devices, keeping everyone in the loop.

Beyond the A-to-B-to-C, the Roadtrippers app also allows you to discover millions of places, attractions and points of interest on the way. Whether it’s a little-known bay, historical pub, quirky B&B or vineyard with its own hedge maze, you’re likely to comes across a detour-worthy gem or two. Get it on Google Play or Apple Store. There’s probably nothing more annoying than trying to keep track of stuff as you pack the 4WD or caravan for a camping trip. As you look on at the car stuffed tighter than a tin of sardines and with more precision than a game of Tetris, you can’t help but wonder if the tarp made it into the boot amidst all that pre-departure mayhem. Guess you’ll find out when it starts raining, right?

Next time, make customisable gear lists with the aptly named Camping Checklist app, and cross items off as you go. Share with your camping companions so you don’t double up on unnecessary stuff, and enjoy the satisfaction of being the most organised, least forgetful folks in the campground.

Did you know if you visited one new beach in Australia every day, it would take almost 30 years to see them all? If that is your life’s goal – and a worthy goal it is – the Beachsafe app is a handy little app to have.

Developed by Surf Life Saving Australia, the app not only helps you find your nearest beaches in seconds, it gives you info on weather, tides, swell, wind and surf conditions, hazards such as rips, stingers and shark sightings, info on beach facilities, and where you can go to enjoy safe swims between the flags.

Where was that idyllic spot you found last week? Uhhh somewhere between Sydney and Byron? Save your favourite beaches with the app so you can focus your mental energy on other things, like choosing what books and snacks to bring.

From what we can gather, the only thing the app doesn’t do is dispense sunscreen. Scoring the cheapest fuel is practically a national sport in Australia. Hardly surprising in a country where you could drive 30 minutes just to visit your neighbour. Do that in England and you will end up in Wales. But we digress.

So, if cheap fuel is the game we all want to win, FuelMap is the cheat sheet. It was developed by Wikicamps to provide the location of petrol stations Australia-wide as well as up-to-date fuel prices.

The app mostly relies on users to add and edit petrol station and price information, however it does provide government-sourced fuel prices for WA, NSW and Qld which are updated for the following day at 2:30pm.

Even though you can get petrol station info on other map-based apps listed, this one also has fuel log functionality where you can keep track of what you’ve spent as well as your car’s fuel economy. Very handy if you’re on the road for the long haul and managing budgets, etc.

We hate to say it, but not all campgrounds and caravan parks love your pooch as much as you do. Maybe the area is an important habitat for protected species, maybe the facilities just aren’t in place to accommodate doggos. If you’re travelling Australia with your furbaby, ultimately there’s gonna be a point in time where you’ll have to make other arrangements for your pet.

In such cases, travellers swear by apps such as Mad Paws that help you locate affordable pet sitters across Australia as well as pet-friendly accommodation. Kennels can be good options too, but if you’re heading into an area where there is no kennel, or prefer the idea of your pet having one-on-one care, petting sitting apps are a pretty good Plan A. Some folks are out there to sleep under the stars, others are out there during the coldest, darkest, clearest hours of the night not sleeping at all. Instead, they’re staring up the sky. Hey, kinked necks don’t happen purely from forgotten camping pillows.

If you’re keen to teach yourself a little or a lot about astronomy while you’re out there, Star Walk 2 is the free version of a sky mapping app that helps you identify stars, planets, constellations, space crafts, satellites, comets and asteroids by simply pointing your phone skyward.

You’ll also get sunrise and sunset info and details on meteor showers, equinoxes and, importantly, moon phases. The last thing you want is to head off at some ungodly hour only to have the stars washed out by moonlight.

From the Blue Mountains to the West MacDonnell Ranges, so many of Australia’s highlights can be found in national parks, and without a doubt the best way to make the most of these parks is by putting your legs to work. Whether you’re after a short walk or a multi-day epic, AllTrails has 60,000 walking and biking trails worldwide and millions of users actively contributing to the ever-growing network.

Punch in your location and it’ll bring up a list of trails with information such as difficulty, distance and total elevation gain. It also provides a map of each trail, local weather and photos, reviews and comments from recent walkers. So if you love exploring wild places on two feet and a heartbeat, it’s worth having this one on your home screen. And now onto the apps that are great to have as long as you never have to use them. First up, WIRES. Whether you’ve been involved in a collision with a mama roo or you discover an injured glider at camp, the WIRES app makes it easy to: report a rescue, find a vet, get wildlife rescue assistance, access wildlife information and make secure donations to a very worthy organisation.

We considered having the First Aid by Australian Red Cross at number ten – and we’d strongly suggest getting that too – but the reality is most travellers to Australia (and a good deal of us who hail from here) are more worried about our disproportionate number of venomous creatures that want to sink their fangs into us than anything else.

The Australian Bites and Stings app (the creative team went all out on that one, eh?) has been developed by an antivenom manufacturer with input from the Australian Venom Research Unit to help travellers and tourists feel prepared for, and less frightened of, going bush.

It covers the kind of kit you should always have with you, and what to do if you’re stung or bitten. This includes instructions on basic first aid, how to immobilise a limb and apply pressure bandages, and an audio resuscitation guide. You’ll also find info on venomous snakes (including where they’re found around the country), spiders, insects, jellyfish and aquatic creatures.

We know we said ten apps, but we thought we’d sneak this one in because when it’s been raining so hard that you can’t even light a fire, having some flickering flames to stare at on your phone is better than watching your socks not drying. Natural Fireplace and other apps like it don’t do a whole lot more than make your eyeballs feel toasty, so it’s a good idea to download a free alphabet generator so you can at least play a round or two of Scattergories while you wait out the weather. While there’s a heap of useful apps out there to assist you in your travels, at the end of the day, all you need is some camping gear, a place to go, and time to get away from it all. Once you’ve got that sorted, go ahead and max out your phone storage – from apps that provide audio commentary while you’re bushwalking, to native bird and wildflower field guides, there’s so many more apps we haven’t mentioned that can really enrich any camping adventure or road trip. Just make sure you know when it’s time to switch off and tune in to your surroundings too, cos ultimately, that’s what you’re there for.

A Guide to 2WD Waterfall Hopping Around Litchfield National Park

Heading west? Here's what to see & do in Windorah

7 must-stop destinations between Perth and Exmouth

Shark Bay – there’s a lot more to it than Monkey Mia!

Getting to Know Gladstone

Christchurch to Arthur's Pass: where to stop, play and stay 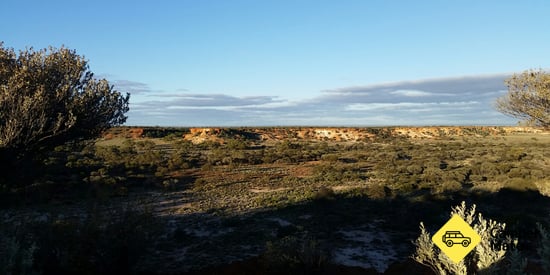 How to capture memorable moments in the outdoors 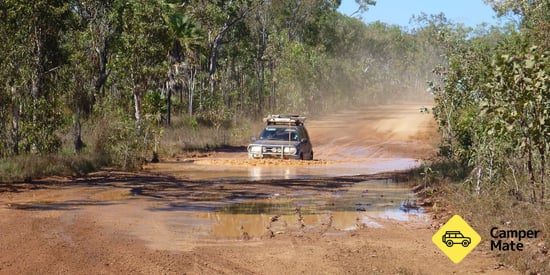