They say canoeing is like bushwalking on water, and with the heat of NSW's summer setting in, there are few better places for a multi-day paddle than the beautiful Kangaroo River.

The Kangaroo River is around two hours south of Sydney, tucked in the Shoalhaven hinterland. Through lush valley pastures and the cliffs of Morton National Park it carves the gentlest of paths, leading you to mysterious forests, historic sites and crowd-free camps for a peaceful night under the stars. Where we're going, there are no powerboats or rapids, making the waterway a bit of a honeypot for novice paddlers looking for an introductory flatwater adventure. So, how do you make it happen? While the river conditions are ideal for self-guided paddling, we turned to the legends at Kangaroo Valley Safaris (KVS) to help with equipment and logistics. Not only would they kit us out with a beaut of a canoe, laminated maps, life vests, a wealth of knowledge, and barrels for our stuff, they'd drop us off and pick us up. All we had to do was bring our food and camping gear, and show up for collection three days later. Simples.

Initially we were hoping to head east-west from Bendeela Reserve to where the river widens at Lake Yarrunga, a dammed area used to store Shoalhaven's fresh water. From there we'd continue along Shoalhaven River into a stunning gorge, said to be one of the dreamiest flatwater paddles in Australia. But with a spirited gale blowing in from the west, access up into the gorge was not going to be possible. "Not to worry" says Glynn, the founder of KVS. "You're just going to have to do the trip in reverse." By launching at Tallowa Dam and paddling back towards town, he assures us, we'll have the wind, mostly, at our backs.

Hold onto your hats (and your shoes)

A number of creeks branch off the river, some of which start their journeys as spectacular waterfalls up high in the rainforests of the neighbouring national parks. You can spend hours meandering up these tributaries, seeing the bush from an angle completely unique to this ancient form of travel. Sandy Creek is said to be one of the prettiest, and even though angry whitecaps were galloping toward us as we steered into the wind at the junction, we refused to be deterred. An hour later, arms gassed, it becomes clear we're not going anywhere at all.

Ah well, I tell myself. What's an adventure without a stern word from Mother Nature now and then? "Wear a hat with a chin strap" I hear her say, as she sends mine to a watery grave.

With the tailwind carrying us along once again, we soon found a more agreeable sandy beach to stop for lunch, and it was here we had our second lesson in all things river exploration. If you’re going to step out of your canoe into knee-deep mud, expect to emerge from it with bare feet. Unlike my hat, I managed to retrieve my shoes, and from then on we aimed to land near rocks to scramble over. With tummies full and egos bruised, it was time to venture further into Yarrunga Lake to scout for a campsite. A school group was busy racking up canoes like a raft and sailing it expertly with a tarp, but otherwise the lake was blissfully empty. Dozens of water access-only campsites are tucked into little inlets along the banks, and a few even have composting toilets, so we spent some time pin-balling from one to the next, keen to score a pearler.

With the westerly feeling more like a whirlwind, it was with a sigh of relief that we found a wide, log-strewn beach where we made camp behind a screen of tea trees. There were a couple of hours of light left for dossing around, and while Cappy was quick to curl up with his Kindle and a well-earned kip, I contented myself following wombat and wallaby tracks in the mud as a pastel sunset painted the water. On day two, the prattling birds gave us no choice but to emerge from our tent just after dawn, and we were stoked to be met with smooth, glossy water. With the whole day before us, we dipped our blades languorously, peering into caves in the sandstone cliffs as we tracked easily towards Yarrunga Creek, known locally for its drowned forest.

Tree skeletons poking up out of the water are all that remain of the low-lying stringybarks that became partially submerged when the creek was deliberately flooded in the 1970s as part of the Shoalhaven Hydro-Electric Scheme. It’s a strangely beautiful thing, gliding through the gumtree cemetery, scattering cormorants from their fragile perches, while kingfishers flash bright blue in your periphery. Everything about this place is a lesson in impermanence — from the majestic eucalypts crowding the banks that nod to the drowned forest’s former glory, to the rain-starved lake whose water level, at the time of our trip, was low enough for the spindly tops of the understory to breach the surface.

I'm told that when the lake is full, vegetation droops down into the water Amazon-style, and after rain, waterfalls spill over the escarpment. In drought, the banks stretch and the beaches broaden, creating a pale halo of silt and sand studded with freshwater mussels. drowned shrubs are revealed when the water level drops

Gum trees weren’t the only victims of the flooding of Yarrunga Creek. Old Meryla Road, an ancient Aboriginal route that became the original road into Kangaroo Valley, zig-zags down the escarpment to creek level, then disappears into the water.

The drowned road makes an excellent canoe ramp, and so we pulled up, changed into hiking boots and took to exploring on foot. The return walk is around 16km (we managed only a fraction of it) but the climb is gentle and wide, and you only have to walk a short distance before you're high enough to see the sunken forest from a new angle.

Like so many of NSW’s early roads, the Old Meryla Road was built by convicts using hand-hewn blocks of Sydney sandstone. The best view of their handiwork, however, is from the water. Back in the canoe, we spent some time following the curved retaining wall and were paddling deeper into the sunken forest when a tiny beach caught our eye. Here, we spent a lazy few hours doing what canoeists do best — snacking, kipping and escaping the heat of the day swimming in clear, eucalypt-stained water. And then... the wind picked up. The calm after the storm

It took more hours than I care to admit to fight the afternoon headwind (read: cling to dead trees) to get out of the drowned forest, and by then the lake itself was behaving more like a roiling sea. But we took confidence from our shuttle driver’s parting words the day before: “it’s hard to capsize a canoe, but don’t worry if you do, everything floats... including you.”

Safely ashore — and feeling pretty good about how much our squall paddling skills had advanced — we set up camp on grassy knoll just in time to huddle away from flurries of icy rain sparkling in the sunset. the cosiest canoeist I ever did see

Rising early on day three, a mirror-like lake and cotton ball clouds suggested the final 12km to Bendeela Reserve were going to be glorious. Privately-owned land dominates the home stretch and the scenery becomes a patchwork of forest, hills and farmland. A light breeze pushed us most of the way and so we kicked back, as every seasoned canoeist should, with nothing to do but enjoy the activity unfolding along the banks — ducks waggling, kangaroos grazing, lyrebirds foraging, and every so often exchanging nods as crack-of-dawn fishos floated past.

As the waterway grew busier with Saturday paddlers, the end of the trip grew closer. And while we were in no way ready to say goodbye to our canoe adventure on the Kangaroo River, I'd be lying if I said we weren't quietly gunning for the ‘world’s best pies’ waiting for us at Barrengarry. Bendeela Reserve was bustling with caravans and campers as we nudged into the sand in time to catch a ride with Kangaroo Valley Safaris back to our car. If you prefer to take your own kayak or canoe out for a day trip, you can camp at the grassy reserve here free of charge. Tallowa Dam Picnic area is a short drive away, and this is the best place to put-in if you’re going to paddle up into Shoalhaven Gorge.

There are dozens of caravan parks throughout Kangaroo Valley and further afield, and with an abundance of walks, waterfalls, surf beaches, boutique shops and stunning scenery to be enjoyed, the Shoalhaven region is certainly deserving of further exploration.

So what the hell is CamperMate? We’re basically a bunch of travel addicts who love the outdoors, which is why we’ve created one place where you can book caravan parks, rent campervans, as well as share your experiences and stories. Whether you’re planning your next Australian road trip or camping adventure don’t forget to download our free app before you go, to find everything you need when you’re on the road. 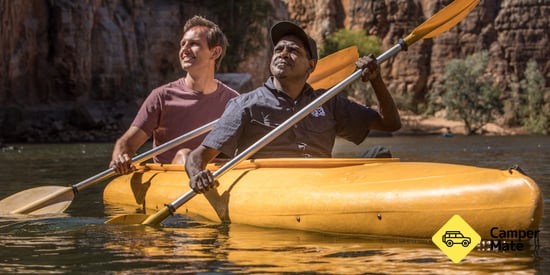 Don't half-holiday on your next road trip 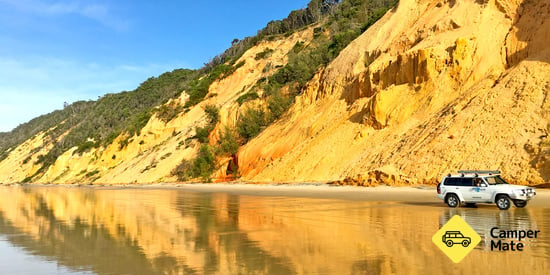 Things to Do in Sunshine Coast

Why Every Road Traveller Needs a Dash Cam 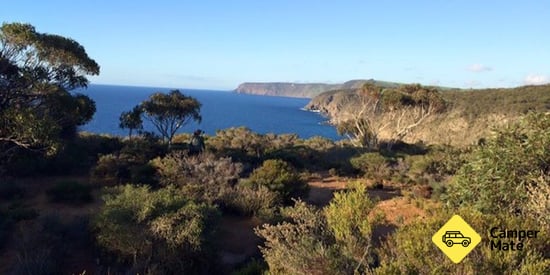 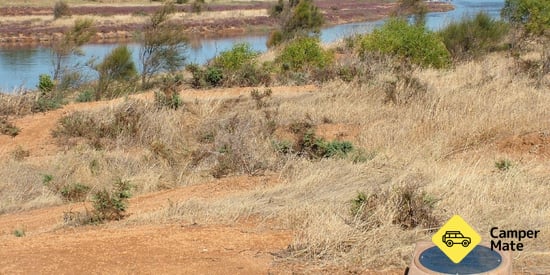 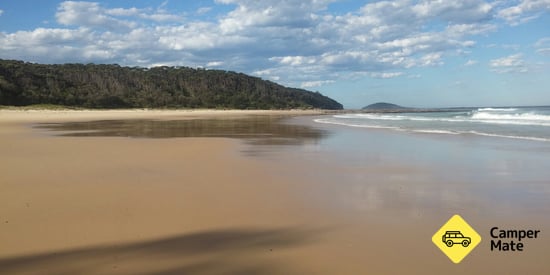