You know, sometimes we get so tied up with our big, iconic trips like up to the Cape, out to the Kimberley, or across the Simpson, we forget what's in our own backyard. Just recently we decided to fine tune our camping setup for an upcoming iconic trip. Living on the north coast of NSW, there are plenty of options to camp beachside, but on this occasion we decided to head 130km west of Coffs Harbour into the heart of the New England region. There are several national parks in New England that we had driven past time and time again, but we decided on Cathedral Rock National Park and its surrounding beauty. A relatively small park of 11,000 hectares, Cathedral Rock is not as well known as other parks in the area, and some may find it an underrated destination.

The only vehicle entry into the park is located 65 kilometres west of Armidale towards Ebor. Upon entering the park there is a great information board that’ll tell you what to expect, such as camping information, a little history, and the ecology of the park. The eight kilometre road into the centre of the park passes through several properties and is irregularly maintained, so be prepared for corrugations, plenty of dust and the odd wash away. As the road winds its way around huge granite boulders that start to become more evident trackside, we began noticing the whole ecosystem changing from the lush green paddocks we’d left behind just 10 minutes earlier. The landscape was now full of low heath in amongst dry scrub, with impressive granite rock formations towering above. It wasn't long before we entered Barokee Campground that caters for both day trippers and campers with tents or camper trailers. The facilities here are minimal and include just one pit toilet, several picnic tables, and enclosed fireplaces, however firewood was provided, which was a bonus.

After setting up our camp and paying the required fees at the honesty box located within the campground, we decided to explore the park with a three hour hike around to Cathedral Rock. This medium level fitness walk passes through fern filled heathlands and boardwalks over creeks before you start to wind your way upwards through strewn granite boulders that line the track. Most people will find this walk relatively easy until you start to climb the last 500 metres towards the top of the rock formations. The track seems to lead you into a false sense of security as the formed steps all of a sudden stop, and you need to start following small metal arrows. The next 200 metres can be gut-busting if you don't take your time, as the trail leads you along some really impressive cliff faces. As you catch your breath, the views are second to none across the wild valley below.

We counted several spots where you need to crawl under and over the boulders to stay on the track until you get to bolted chain. Here, you need to grab the chain to complete the walk up the last massive granite boulder to the top. After you finish sucking air you realise how stunning the summit views are, with a 360 degree aspect over the valleys below and across to other granite tors (free standing rock formations) in the distance.

We sat here for an hour or so just trying to comprehend this breathtaking area and how peaceful it was. At 1550 metres above sea level, it was hard to leave the views behind. This high up we were watching soaring raptors at eye level looking down for prey, and we saw some of the biggest rock skinks we have ever seen scrambling around, watching our every move. After the scramble back down to the main walking trail, the track led us around the base of these giant granite boulders and back to the camp. Along the way we passed the intersection for the 10.5 km walk to Native Dog campsite that is located on the outside edge of the park. It was interesting to note that these granite formations are located only within Cathedral Rock National Park and nowhere else for hundreds of kilometres.

To understand why these boulders are here, you have to go back 30 million years to when a nearby volcano was actively pushing the earth around from deep below. Way, way back before any man was walking the Earth, when dinosaurs and volcanoes covered the planet, the east coast of NSW was alive with volcanic eruptions and upheavals. One of the most significant volcanoes was located near Ebor, 65 kilometres east of Armidale on the state’s mid north coast. It is reported that the Ebor volcano was highly active over a period of 60 to 30 million years ago.

The lava flows from the volcano’s massive upheavals extend for several hundred kilometres in a 360 degree area that goes as far south as Barrington Tops, and west to Mount Kaputar. This is evident by the rich, red farming and grazing land that the mid north coast is renowned for, and the floodplains to the west where the basalt soils are black. From the potato growing area near Dorrigo, to the lush rainforest areas that run along and meet the coast to the north and south, this is known as Gondwana land. The New England National Park which surrounds the Ebor volcano plays a significant part in the protection and preservation of a wide diversity of flora and fauna. This was recognised in the late ‘80s when it was declared a World Heritage listed area.

The 300 metre thick rim of the Ebor volcano can be viewed from the nearby Point Lookout, which at 1565 metres above sea level, is one of the highest locations in Australia outside the Kosciuszko region. From up here there are stunning views into the wilderness areas that surround the rim and down across the coast. At this altitude you can see cold-tolerant snow gums covered in thick moss, yet in the valleys below the gorges are filled with near-inaccessible rainforest pockets. This area has created its own environment with high rainfall periods that flood the lowlands, to the freezing winters where snow falls on a regular basis. In summer, the dry heat can leave you feeling dehydrated.

The most popular walk from here is a 20 minute walk where you can see remnants of the outer rim, left behind from the Ebor volcano. Now, just remember this volcano was last active 30 million years ago, so don't expect to see the top of the rim like in some movies – just picture in your mind what tens of millions of years of weathering from wind and rain would do to the landscape.

There are no dinosaurs but it sure does look like Jurassic Park in the valley below. The views from Point Lookout through the valleys and into the wilderness are nothing short of breathtaking. And all this within two hours of the coastal hustle and bustle! Don't forget to check out Ebor Falls while you're in the area! 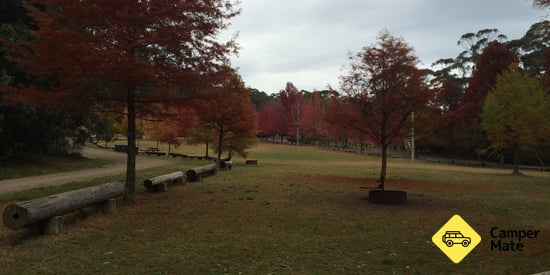 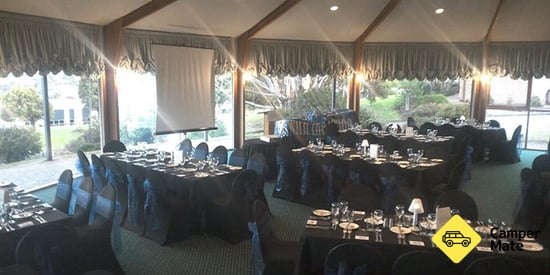 Motel in Hobart and the South

Tis the season for: bushwalking in Barrington Tops