The Highlights of Gundagai's Heritage Trail

If you asked 100 people what springs to mind when they think of Gundagai in southern NSW, most would answer the The Dog on the Tuckerbox. They'd be right of course, but what about the other amazing history that the area is steeped in?

Local Aboriginal People referred to Gundagai as “one big water". They relied on the river as a source of food, water and transport as they moved in canoes up and down stream. It was a meeting place for several groups who traded and gathered food, and where they held ceremonies. As such they had a deep understanding of the area – including its susceptibility to flooding.

Around 1824 explorers Hume and Hovell were the first white men to explore the area on their way south, and a few years later the first settlers were building cottages on the floodplains near the river. Charles Sturt crossed the river nearby on one of his expeditions to the north. The Aboriginal community tried warning of the dangers, but their knowledge of the river fell on deaf ears and the settlement grew as more and more people travelled south to the new Victorian goldfields. Site of the original town

By the mid 1850s there was around 70 buildings, with hotels, a school, an impressive flour mill, post office and several streets full of houses. Some 20 years later the river flooded to the doorsteps but it wasn’t enough to deter the townsfolk. Then the unthinkable happened. After several weeks of solid rain in 1854 the river rose to disastrous levels, covering the town with five metres of floodwater, washing away buildings and killing 83 people, including the whole McKenna family and two boarders who had sought shelter on the school roof, and were swept away when a wall collapsed. Monument to the flood victims

Many people of the Wiradijuri tribe worked tirelessly to save the drowning people using their dug out bark canoes. There was so much water in the Murrumbidgee River that for several years paddle steamers were able to get all the way to the town. Today, all that is left of where the original town was built is a memorial rock cairn dedicated to those who lost their lives. The town was moved to where it sits today, higher up the backs of the river in a flood-free zone. Heroes of the flood

Gundagai is also known as ‘the town of historic bridges’. In 1867 a 1km-long bridge was built across the floodplain where the original town was, and at the time it was the longest in all of NSW. In 1903, just across the way, the railway bridge was completed, and is also just under an incredible 1km long. To see these two bridges still standing today, spanning the river flats, is seriously impressive, even if they are totally unusable. The new freeway also boasts two bridges that over 1km long. In 1977 the Hume Highway was built and, like many other towns, Gundagai was bypassed. Despite this, the place is still busy with locals and visitors exploring the peaceful settings. The main streets of Gundagai have been transformed with flowing trees and gardens. Boutique coffee shops line the pathways and it's honestly hard to get a car park at times.

The local information centre should be your first port of call to gather tips on where to visit, what to do, and discover some little hidden gems around town. Of course they will mention the Dog on the Tuckerbox, but will also tell you about other folklore legends that roamed the area, like the bushrangers Ben Hall and Captain Moonlite, along with radio stars and they'll point to many of the museums in town. I found a great overview of Gundagai by heading up Mount Parnassus, where you can take in 360 degree views of the surroundings. Views over Gundagai from Mt Parnassus

Armed with info from the centre, you can start exploring the 2km heritage walk. This fascinating walk takes you to some amazing heritage and art deco buildings while guiding you through history. The trail highlights the iconic Dad and Dave story and takes you into museums where a hundred years of history is jammed into a two-storey building. The trail includes a self-guided tour of the old gaol made from local stone and slate, the oldest building still standing in Gundagai. There's stunning old pubs dating back to 1858 and so much more. Most of the beautiful old buildings have a story to them, like the 1859 Courthouse that trialed Captain Moonlite and sentenced him to death. Among the heritage buildings behind the courthouse there is one that was built from the reward money from the capture of bushranger Moonlite. The Niagara Cafe's history goes back to when Mr John Curtin was Prime Minister. This is one cafe not to be missed with a host of memorabilia from 1942 to the present time. They also do an amazing food menu and coffee, to top off a fantastic stroll through history. To think that Gundagai is all about the Dog on the Tuckerbox is to do a great pioneer town a disservice. It's a beautiful slice of countryside where important events of Australia's past have been wonderfully preserved, and is 100% worthy of a stopover on your next NSW road trip.

Gundagai Cabins & Tourist Park has 14 fully self contained accommodation cabins, air conditioned each with individual ensuite. There are 40 drive through undercover powered ensuite sites, all with sullage disposal. There are powered and unpowered camp sites also available. 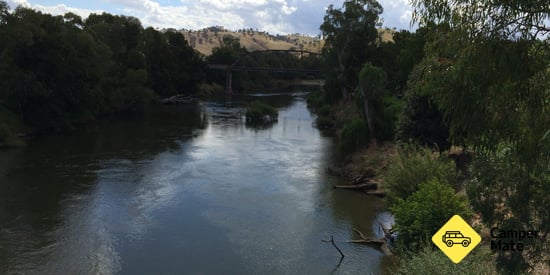 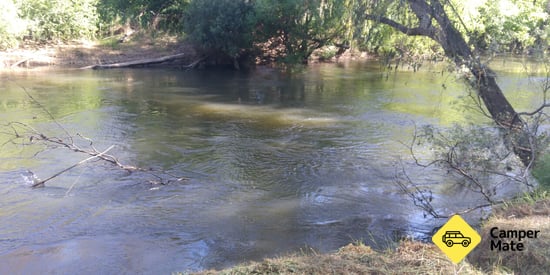 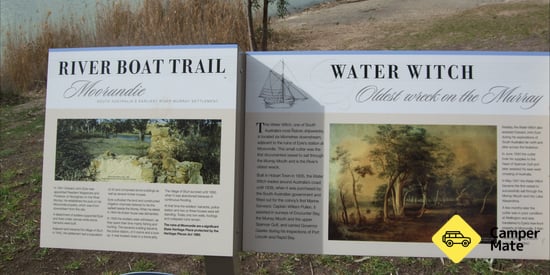 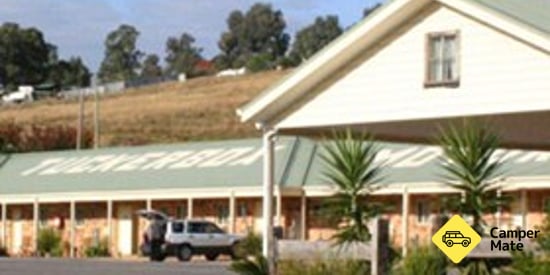 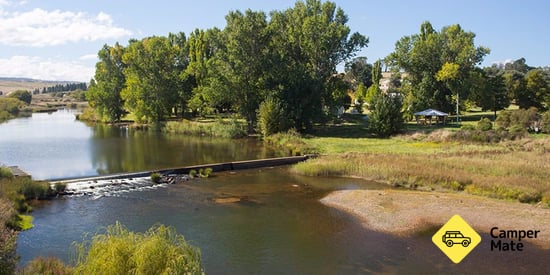 Historic and heritage sites in Riverina 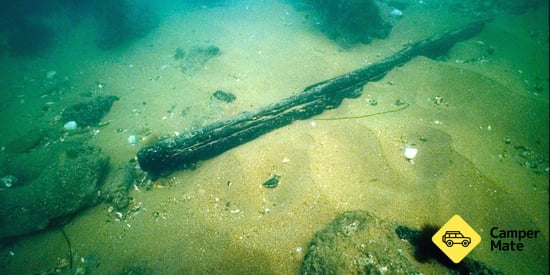 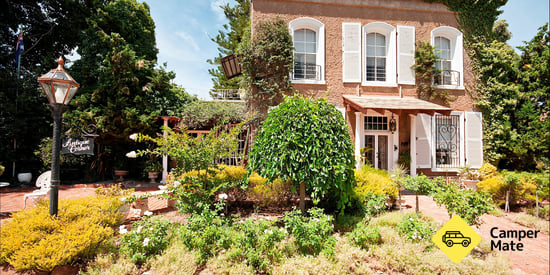 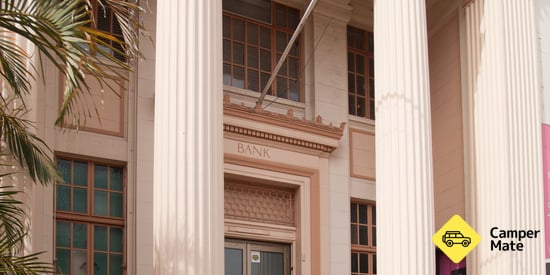 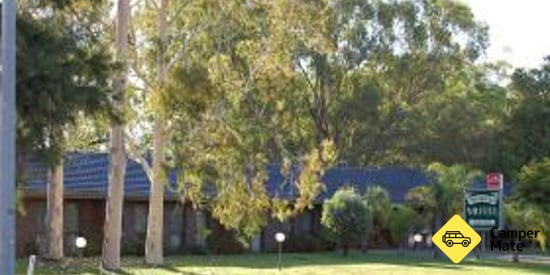