There are not too many national parks left where you can spend many days exploring, camping and understanding the hardships that our early explorers went through. Tucked right up in the North West of NSW, is Sturt National Park. Within its 350,000 hectares lies floodplains, desert areas, gorges, history and much more for those willing to explore. The park has significant Aboriginal sites that date back 20,000 years and pastoralism for well over 100 years. Tibooburra, 340 km north of Broken Hill, is a great first stop before you explore the park. In town, you can get basic supplies from fuel, groceries and advice for exploring the Sturt. In fact, most people only call in at Tibooburra for an overnight stay when heading further west. Named after explorer Charles Sturt who pushed his way through this area back in 1845 looking for an inland sea, the town’s centre is the perfect place for a launching pad into the area. A replica whaleboat that Sturt and his men dragged into this area is mounted in the town’s park alongside other historical gear highlighting how machinery has advanced over the years.

When out here in the Sturt National Park, one of our favourite drives starts 24km east of Tibooburra where you can explore shearing sheds with quarters, a fascinating pastoral museum and drive the Gorge Loop Road. Signposted as Mount Woods Station this is a step back in time, there are boilers, wool scorers, a water drawing whim, engines, steam gear and a heap more. Locals and the National Parks and Wildlife Service have done a great job to preserve the history and gear from a bygone era.

Just across the creek (via a suspension bridge) is Mount Wood Shearing Station. Open to the public, it holds the smells and the sights of days gone by. Here you can wander freely through the shearing shed – and it’s like the workers have just knocked off and walked away. Another highlight is the Gorge Loop drive starting from Mount Woods Station. Most people don’t associate this area with gorges but along this 100 km loop there are several that are very spectacular after rainfall, where you can see the old river gums lining the banks of the creeks soaking up any water that flows through this barren landscape.

The drive takes you across desolate gibber rock plains, along ridge lines and you pass through several creek crossings when these low areas are in flood you can see debris 20 feet up in the trees. The undulating terrain rises and falls around 200 metres – it doesn’t sound like much but considering just how flat this landscape is the weathering effect can be dramatic.

Halfway, a lookout gives you views across the plains to the horizon where you can see how the water has cut a line through the landscape, it’s very noticeable as you can trace the old gums growing beside the water source. The landscape changes from a white granite base rock then to a reddish dirt colour then again to the typical red gibber rock covered with scattered vegetation. It’s amazing just what is out here too. About 80km along stand the remains of Horton Park Station. This outpost was set up as a remote camp away from the main station of Mount Woods. If you take the time out to wander around you can find remnants of the yards, water rows, fence-lines, old bottles, and even though the old house still stands, one can only imagine the hardships these folk would have endured. Continuing on we were amazed at the number of emus that were still around considering that it had been a hard year with the lack of water, but that’s the cycle of these harsh outback areas. It’s not long before you get closer to the end of the loop drive and pop out on the main road back to Tibooburra.

After you turn left towards town keep an eye out for Sunset Lookout, another spot where you can get some great shots and see just how remote this place is – it’s about 2 km north of town on the eastern side of the road. This 100 metre-high rocky outcrop is worth the scramble to the top. While not a hard drive by any standards the Gorge Loop Drive normally takes around 3-4 hours to complete if you want to explore all the points of interest along the way. This is a remote area and while you’re still not far from Tibooburra, there is no phone service, very little traffic and no services along the way. Road conditions can vary a little but generally expect rough conditions, knock a few PSI out of your tyres for a softer and safer ride. Three of the Best Short Hikes Near Melbourne 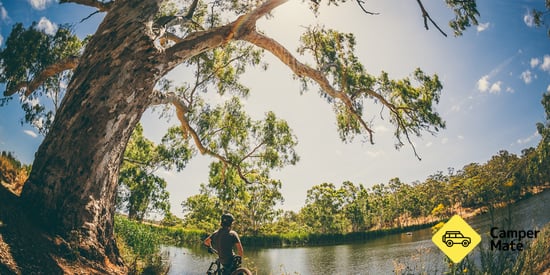 How to spend the perfect three days in Milford Sound

Kalbarri WA: where to play and where to stay