In travel, as in life, it truly is as much about the journey as the destination. For us, an experience that fits this bill perfectly was reaching the Lambert Geographical Centre of Australia. Besides an extremely satisfying AHHHH moment shaped by the time and effort it had taken to get there, Lambert’s was made even better by the excellent camping on offer and the novelty of it all. Found in the Northern Territory on traditional Arrernte lands, the Lambert Geographical Centre of Australia is 200km south-east of Alice Springs. Despite the unique geographical quirk, that places Lambert’s smack bang at the centre of our vast and beautiful country (at least by some calculations), it wasn’t a place we’d thought of visiting or had even heard about prior to a few days before we got there. Lambert’s is named for the late Australian cartographer Bruce Lambert. Its location was calculated by the Royal Geographic Society of Australia in 1988. While the mind boggles at such a feat, the spot was essentially pinpointed using calculations from 24,500 high water mark points around the nation’s coastline. A complex combination of geometry, weights and physical models to account for the curvature of the earth and the fact that Australia is by no means perfectly round was also employed.

An alternate geographical centre exists just 11 kilometres west of Lambert’s. This is an impressively close location, given it was pinpointed in the 1930s by Doctor Cecil Madigan using only a metal cut-out of Australia, a plumb bob and string. If you like sandy 4x4 driving, then you’ll enjoy the access track which winds through beautiful Aussie bush and scrub. On arrival at Lambert’s, you’ll find a scaled-down replica of Canberra’s Commonwealth Parliament House flagpole atop a plaque commemorating the exact centre point of our nation. It’s a cool feature and an excellent place to take a photo. Don’t forget to leave a message in the visitor book, too.

Most people who came to the site while we were there were stopping in on their way to or from Alice Springs and used it as a lunch spot. However, for those wanting a place to rest their weary heads, Lambert’s has a plethora of campsites available with no booking or fees required. Better yet, dogs and fires are both allowed, and there was plenty of dead wood for the taking. We chose a little spot a few hundred metres from the flagpole and enjoyed three nights camping. For two of those nights, no one else was there, and we relished in the feeling of being the most central – if not the most centred – people in Australia. Unlike a lot of places where you go to see a specific landmark or sight, it was really the feeling of the place we most enjoyed about the experience, as well as the red landscape, startling blue skies and starry, starry nights.

A trip to Lambert’s is not one to be taken frivolously. Seriously remote and in a harsh desert climate, it’s strongly advised to visit in the cooler winter months as summer is scorching. You’ll need plenty of food, water and supplies to get you through in case of breakdown.

Basic recovery gear is also recommended, as it would be on any remote adventure, although we didn’t find it necessary to deflate our tyres below the 30 PSI we were running for the surrounding corrugated roads. At 35km to the east, Aputula is a remote Aboriginal community with a population of around 250 people. It holds the dubious distinction of the two hottest consecutive days on record in the Northern Territory (48.3 degrees in January of 1960), and an average maximum temperature of 37.5 degrees.

While there are two drop toilets on site at Lambert’s, these are badly run down with broken flooring and a stronger smell than most others we’ve come across. If you’re faint-hearted in the toilet department, we’d recommend coming with your own arrangements in place. Whatever they involve, please don’t leave white streamers behind! Accessible only by unsealed surrounding roads and a significant distance from the nearest towns, Lambert’s isn’t the easiest place to get to. That said, we think it’s absolutely worth the effort, especially if you’re already on a larger trip and don’t mind an adventurous detour.

We travelled from the south via Coober Pedy and the Oodnadatta Roadhouse, continuing 250km north to Mount Dare Hotel, which is South Australia’s most remote pub and well worth a visit. From there, it was 100km west to Aputula and another 35km to Lambert’s. All places mentioned have fuel for sale. Those who’ve completed the Simpson Desert from the east could also make their way to Lambert’s via Mount Dare. From Alice Springs it’s 200km trip south-east or a 500km trip west from Uluru. Wherever you’re coming from, we reckon it’s a good idea to plan for at least one night there so you can really take it all in.

How to Find Yourself Using a Map & Compass Things to Do in Capital Country

That Sinking Feeling: getting stuck in the Simpson Desert 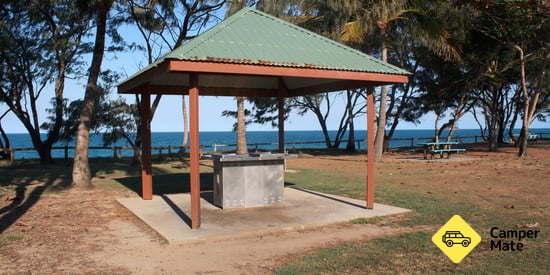 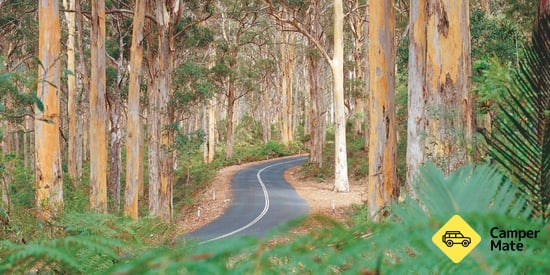 Things to Do in Australia's South West Things to Do in North Coast NSW

Things to Do in North Coast NSW

Things to Do in Hobart and the South

Things to Do in Australia's Coral Coast