Ever since my favourite Saturday night host from the 80s trotted down the Stuart Highway in a Kombi pulled by camels, and Mick Dundee dived into the crystal waters of Kakadu, I have been dreaming of the Northern Territory. One day I’ll get there, I promised myself. Because Daryl Somers was spot on – you really will never never know, if you never never go.

So, I got myself the bloody hell up there. Oops, I fear I am mixing my Aussie tourism slogans. But no cheesy, or even brilliant, ad campaign (or movie about crocs) can really do justice to the Northern Territory. Because how can you sum up in a simple catch phrase the incredibly diverse cultural, historical, geological, zoological, meteorological, fantastical experience of visiting this special place?

And by ‘place’ I mean that area that covers roughly a fifth of Australia. And yet it is a place that is likely as foreign to most Australians as it is to our international visitors. Despite its vast square meterage, the Northern Territory has less than 1% of the Australian population. In fact, it is one of the most sparsely populated regions on earth.

For the 90% of Australians who live in urban areas, be prepared for lots of space, big skies, and an experience that is different in almost every aspect from your everyday city life. If you have a few weeks or more, and a couple of thousand kilometres of road tripping up your sleeve, driving is THE best way to see the NT. While the main hubs of Uluru, Alice Springs and Darwin are easily accessible by plane, it is hard to get a true sense of the immense distances, vastness, and sheer remoteness of the NT when you arrive by air.

Living in most Australian cities you are surrounded by every modern convenience, first world privileges, and abundant local produce. It is easy to forget (or not even know in the first place) that large parts of this very large country have no power, no internet, no water and consist of earth in which very little can grow. There are so many ‘extremes’ out here, in a territory that has some of the driest conditions in Australia, and the wettest and most torrential.

Some outback “towns” have no medical services, other than the flying doctors, and have a 700km round trip to “run to the shops”. Instant gratification? No such thing out here. Driving through the Northern Territory, for days and days without seeing anything green, carting your water because it is hundreds of kilometres between fresh hydration supplies, you get a sense of the vast space and become accustomed and acclimatised to being in the outback.

We have seen first hand the disdain of some tourists when outback Northern Territory accommodation, food, coffee, etc does not meet unrealistic city expectations. Example – person who shall remain unnamed behind us in a cafe summoning the waiter over to complain loudly that the menu had said the pasta sauce would be “pesto with a touch of cream”, when in FACT, the pasta sauce appeared to be “cream with a touch of pesto”. The outrage this caused. The poor trainee waiter explained that sometimes it is difficult to get as much basil supply as they need. Presumably this person did not stop to think about the extraordinary logistics involved in getting herbs transported hundreds of kilometres with some degree of freshness to satisfy city basil needs, when demanding that the menu be changed so it accurately reflected the cream/pesto ratios.

Be prepared for new, different and exciting (and yes, sometimes basil-less) experiences out here. If you think you can handle occasional intermittent fresh herb supply, then it’s time to start figuring out what to do while touring the NT. Or rather, how you’re ever going to fit in everything there is to do in the one trip. While crowds are few and far between, activities and sights are plentiful.

Well, starting from the south, of the north, first stop Uluru. Of course. But you already know how awesome, magnificent, epic that is. Let’s just say – it absolutely lives up to all the hype, and is a MUST do. But it is the other, lesser known wonders of the Red Centre that really blew my mind. Instead of hooning up the Stuart Highway to Alice, hang a left off the Lassiter and check out the Rim Walk along the 100 metre high cliffs of Kings Canyon. Continue around the Mereenie Loop and, if you’re ready for some rocky 4WDing along the Finke River, the oldest river system in the world (yep - impressive hey? The NT has so many bragging rights) explore the labyrinth of sandstone pinnacles and gorges and Palm Valley in the Finke Gorge national park.

Before you reach Alice, meander through the West Macdonnell ranges, and gorge yourself with a chain of ancient waterholes and canyons. Cool off after a trek through the Larapinta trail, with a dip in the cool water holes while gazing up at the towering granite, limestone, sandstone walls above. You might even be lucky enough to spot some of the fossils, that so incongruously in the now dry red centre, are remnants of the inland sea that once covered central Australia.

The East Macdonnell ranges are another hidden gem – or not so hidden gem if you make it to Ruby Gap where there are, literally, red sparkly gems sprinkled through the sand. Not quite the rubies that the early explorers had hoped – but there are garnets galore. As there are in Gemtree – north of Alice along the Plenty Highway – where you can enjoy some hard yakka gem fossicking. Not so slow lane

Between Alice and the Top End is a whole lotta …. kilometres. Yet they can be covered more quickly than anywhere else in Australia. The Northern Territory has only introduced speed limits at all in the last ten years, and even with limits now in place, the permissible 130kmper hour, means it is a pretty zippy stretch of bitumen. Take care when towing!

Cross the Tropic of Capricorn and rejoice as you finally feel some balmy humidity in the air again. Swing left for an off-road 1000 km ‘short cut’ to the Kimberley along the Tanami track. Swing right a bit further up, to explore Lorella Springs, the bottom of Arnhem Land and the Barkly Highway to Queensland. Or continue due north straight to the top.

The Devils Marbles are a delightful way to break up the trip north. Camp right underneath for the princely sum of $3, where, as Daryl Somers rightly said, you can dine at a five million star restaurant (Daryl always was good for a chuckle). A few thousand kilometres later (yes really) you won’t have even hit the coast, but you will very quickly realise you are now at the other end of the moisture spectrum. It is wet, wet, wet up there. Even in the dry season, your clothes can end up sopping wet in the thick humidity, when you hang them out to ‘dry’. A problem that is easily solved by wearing your swimmers at all times – because there is much relaxing to do up here.

Understandably, it’s Kakadu that gets most of the publicity as the top end attraction. But there’s also so much more to explore; the hot springs of Mataranka, the waterfalls of Litchfield, the crystal waters of Berry Springs (and nearby mango farms – YUM!) You can spend days and days floating on your back and relaxing in the Northern Territory's stunning waterholes. Really – who cares if you can’t get your clothes to dry? After the scarcity of the outback, you can deservedly enjoy the abundance of foodie delights of Darwin, infused with a unique blend of cultural influences. Tuck into a laksa at Mindil Beach markets and join the many who flock there for one of Australia’s most magnificent sunsets. One of the only places in all of the Northern Territory where you will see even the semblance of a crowd.

A city so close to one of the most ancient cultures on earth, so rich in the Kakadu and Arnhem Land dreaming stories, art and dance of the ancestor spirits who created the land, it also has a fascinating modern history. A tough, resilient city that has survived bombings and cyclones, that gets by in the heat of the dry and torrents of the wet. As is typical for the Northern Territory – Darwin is not your average capital city.

I really can’t rave enough about the Northern Territory. So much to do, so much to see, so much to learn. Be warned though – visiting the NT doesn’t get it out of your system. It changes your system completely. It’s eye opening, it’s stark, it’s incredible - so vast, yet so rich. You will return to urban living with a whole new appreciation of the wonders, and hardships of our country (and hopefully will never take basil for granted again).

Listen to Daryl and see it for yourself – you’ll never, never regret it.

Things to Do in Katherine Daly 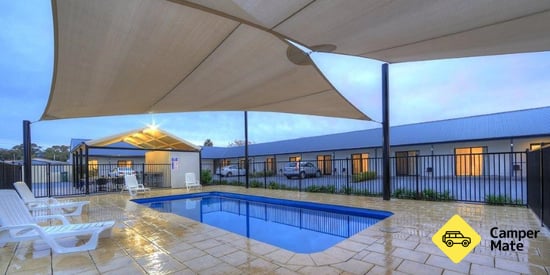 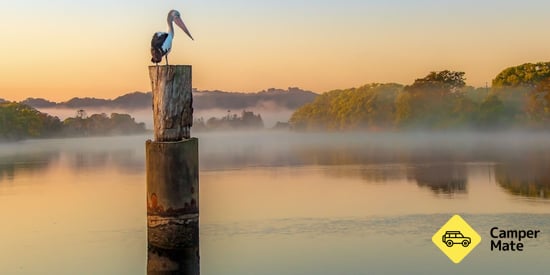 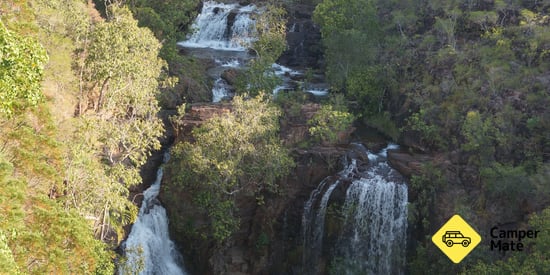 The Best Summer Things to Do in Northern Territory 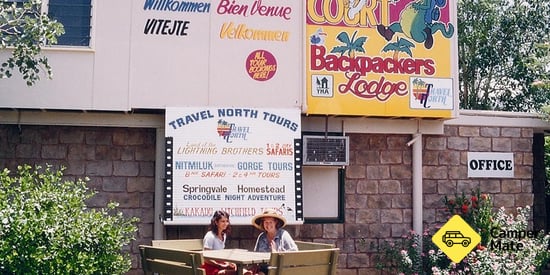 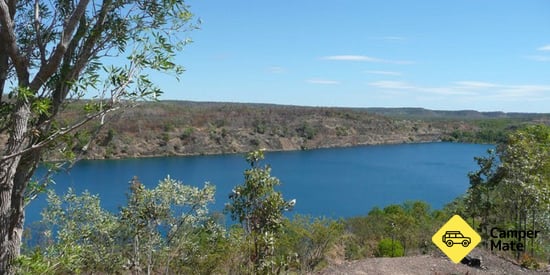 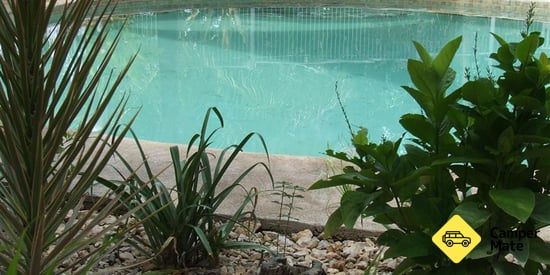 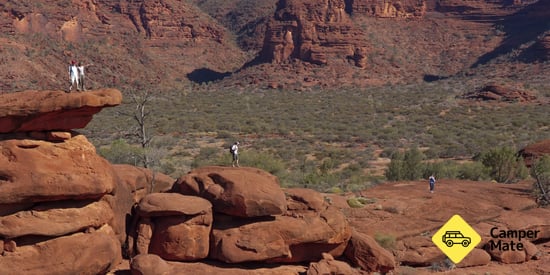 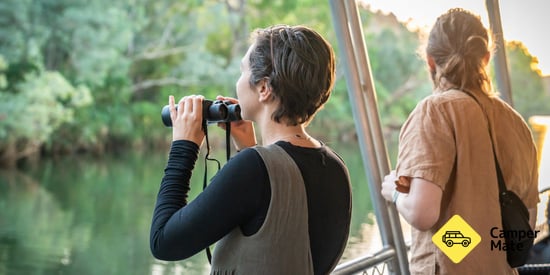