When it comes to staying cool in the Top End, timing is everything. That's why we've pulled together a list of the Northern Territory's best wild swimming spots, and included the best months of the year to make the most of them.

It’s a cruel law of nature for the prettiest things to also be the deadliest, isn’t it? And no, we’re not talking about spotted fungi or neon amphibians of the Amazonian jungle. We’re talking about sparkling plunge pools and misty waterfalls. Canyons flooded with deep, dark water of the clearest emerald green. Palm-fringed springs simmering from the earth at a muscle-soothing 30 degrees, greeting tired, dusty travellers like topaz bathwater. Yep, the Northern Territory is blessed with some of the most spectacular wild swimming holes. Can you blame Snappy for wanting to hang out there too?

After being hunted to near extinction, the past 50 years has seen Northern Territory saltie numbers recover to an estimated 200,000, and given they’re now being found in what were previously croc-free areas, it takes a good whack of crazy to approach a top end water source with anything but trepidation. But saneness doesn’t mean resigning yourself to the resort pool. Park rangers go to a fair bit of trouble to put up signage, wrangle and relocate crocs after the wet season, and monitor waterholes year round. So while the advice is to be crocwise no matter where you are, some bets are significantly safer than others – here’s a few. When to swim: all year except during extreme flooding

Soaking in the sandy spring-fed pools in Elsey National Park is said to have healing powers, but we reckon the absence of crocs will do more for your state of wellbeing than anything else. Located just over an hour out of Katherine, the park’s 30 degree natural baths won't cool you off per se, but the crystal-clear turquoise water shaded by tropical woodland is the stuff of fantasies, NT-style. Ease into semi-built Mataranka Thermal Pool complete with handrails and steps, then go a little wilder at Bitter Springs, the deeper jungle-like stream lending itself to effortless strokes timed with the flow of the current.

When to swim: dry season / all year

A refreshing swim under a tranquil waterfall is the reward for hikers finishing the 62km Jatbula Trail, however the swimming hole can also be reached by car, less than an hour's drive from Katherine. Nestle your tent in pandanus and paperbark bush to fully explore the area’s walking trails, including the short but steep track to Leliyn's upper pool, and a 9km-return trek to the aptly named Sweetwater Pool, which remains open for swimming all year round. When to swim: all year except during extreme flooding

An easy day trip from Darwin, it’s not surprising Litchfield National Park draws a crowd of locals and tourists seeking respite from the top end heat. Rippled with deep, dark pools and misty waterfalls, the park's two wild swimming frontrunners earn top rank for being swimmable all months of the year.

Reaching Florence Fall's glistening jade-green swimming hole is half the appeal. The walk is short, easy and showcases the dramatic contrast between mighty sandstone escarpment and lush monsoon forest.

From Florence, it’s a 3km walk to reach Buley Rockhole's series of tiered pools and cascades, or you can simply drive there. It's a popular spot for a dip, but the chain of rockholes means you've got a good shot at claiming a natural spa to yourself. Relax and let the torrents massage your driving aches away, there's nothing too bitey to keep muscles tense around here. The Kakadu reserve covers a staggering 20,000 square kilometres encompassing rivers, wetlands, sandstone cliffs and incredible monsoon forest. With the Alligator Rivers flowing in and out of the ocean and operating as nifty crocodile highways, Kakadu isn't promoted for having an overwhelming supply of swimmer-friendly waterholes, particularly relative to its size. But it does have enough gooduns (and a squad of vigilant croc-wrangling rangers) that make swimsuits a must-pack.

When to swim: dry season

You’ll need a 4WD and sensible shoes to reach out-of-the-way oasis Jim Jim Falls, which opens conditionally during the dry season but doesn’t always boast flowing water. When you’ve got the green light from Parks, it’s a 50km unsealed drive followed by a rugged 2km-return scramble around boulders. Emerge from cool forest to a stunning emerald pool, kept gaspingly-cold in the shadows of 200m-high cliffs – arguably Jim Jim’s primary highlight.

Visiting over the summer months? Don’t despair; take a scenic flight. Not only will Jim Jim and nearby Twin Falls be spectacularly swollen with tropical rains, there’s no safer place from crocs than thousands of feet in the sky. When to swim: all year

Speaking of higher ground, cooling off in Instagram’s favourite infinity pool is made all the sweeter by the fact that crocs aren’t very good climbers. To get that shot, you’ll need to scale the escarpment; a steep walk that rewards with cliffside swims in a series of pools that boast views over Kakadu’s southern hills. Prepare to share. The Gunlom plunge pool is also a fine option for those who prefer a more level walk to paradise.

When to swim: all year

Wild swimming in Kakadu during summer is available in very few places, but since Motor Car Falls is one of them, we can find nothing but truth in the overworked adage: quality over quantity. The 7.5km round trek is an effective deterrent to less-determined visitors, making it a choice spot if you don’t like sharing. Luck out and you may find yourself wading into the vibrant green pool and swimming under the falls with nothing but bird calls for company.

When to swim: dry season

Waterfall-fed, deep and clear as glass, Maguk gorge is the stuff of freediving dreams. Dive down with a mask to spy freshwater fish and turtles; swimming companions that won’t leave you thrashing for dry ground. Access on 14km of 4WD-only road and a 1km rocky trek keep the crowds in check, making Maguk a true Kakadu jewel. Swimming surrounded by nature, while not new, is all the rage. In a nutshell, the wild swimming movement started a decade or so ago when a bunch of Brits formed the Outdoor Swimming Society and said poo-poo to cement and chlorine pools, preferring the spiritual benefits gained when submerged in naturally occurring water sources. Be they beaches, lakes, rivers or springs, the tides and currents and plants and animals serve up food for the soul, they say.

While there’s a heap of truth in that, the rebranding of what is actually an ancient pastime has given chasing waterfalls and billabongs a newfound cool factor, if you’ll excuse the pun. And in the Top End, all those bone-rattling roads, sweaty hikes and resident reptiles take the ‘wild’ element up to a level that demands respecting the core value of the movement; being present in, and connected to, the environment.

So, while Snappy will never be (and should never be) far from your thoughts as surging rapids and tranquil pools wash all that red dust away, we reckon the Territory’s wild swimming scene is one of the best in the world – and 100% worth the extra greys. 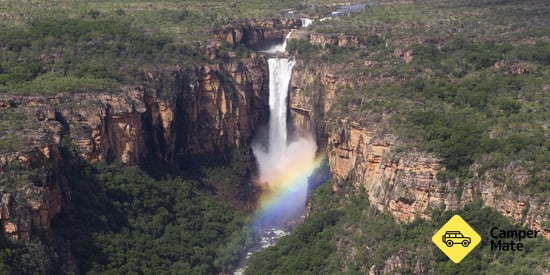 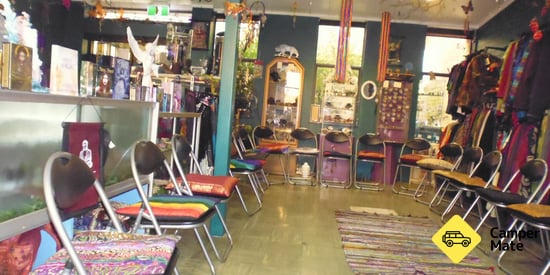 Things to Do in Central NSW

Don't Wave Past the Capricorn Coast

A Guide to 2WD Waterfall Hopping Around Litchfield National Park

7 ideas for your next Darwin getaway

Canyoning: have you got the skills?