Coast to Coast on Stewart Island

Stewart Island’s 15.5km Coast to Coast walk provides ever-changing scenery; beach, sand dunes, wetlands, swamp and river. Adding to the adventure are the necessary flight and boat trips from and to Oban. Go prepared though, if there’s flooding on the track, this day trip can turn into a multi-day walk.

Stewart Island had its worst weather all year, with rain, hail and wind in the days before I walked the Coast to Coast. But a hiking group who had done it several days earlier as part of the multi-day North West Circuit advised it was passable. We packed just for a day and organised our trip through Stewart Island Flights. The walk has to be planned around a low tide for the flight and high tide for the water-taxi. Shuttled in Stewart Island Flight’s van to Oban airstrip for our 7.30am flight, we discovered we were the only two on board the six-seater plane. The eight-minute trip up the west coast took us over calm turquoise sea and bush-covered islands to the left, and the rolling bush of Stewart Island on our right.

A wide tannin-stained river, like a chocolate spilt on a pale-green tablecloth, weaved its way to the sea just before we passed over shrub-dotted sand dunes, and Mason Bay’s 14 kilometre, golden beach came into view. A flyover ensured there were no obstacles along it and we turned, coming into softly land on the sand, parallel with the sea only metres away. Awesome! The plane was gone within minutes, leaving us alone, buffeted by the wind. Never-ending waves crashed white along the shore as we trudged, heads down and hoods up, along firm sand smeared with dark wavy lines. Washed-up tree trunks, fishing net, buoys, stalks of kelp and plastic crates marked the high-tide line along the base of battered sand dunes. Rain spat; my hands were frozen.

Further north, where dunes were more rounded, we found the Coast to Coast trail tucked between two, where Duck Creek emerged. The sea’s roar diminished to sound like steady traffic as we walked the sandy, sheltered trail inland, alongside the creek strewn with branches and buoys. Boot deep, we crossed it to a wide, grassed path lined with scraggly Manuka. The 20-bed Mason Bay hut was empty when we arrived at 8.30a.m. A sign stated Freshwater Landing Hut was 3 – 4 hours walk, 15.5km away. It’s where we would catch our pre-booked water-taxi at 2pm.

Once part of a 1930s-constructed road from Mason Bay to Freshwater Cove, the grassed thoroughfare between Mason Bay Hut and Island Hill Homestead, 15-minutes away, is apparently where kiwi can often be seen, even during the day. We walked quietly between the Manuka and ferns, but were out of luck.

Island Hill Homestead, a white, one-storey structure, looked more like a simple bach but it had been lived in by farmers until 1986 when farming in the area stopped. Reading the information board on the weathered wooden fence across the front of it, I discover it was built in 1880 and added to in the 1920s. Several sheds remain and the meat-safe, a small wooden outhouse with wire-netting walls at the top, still had meat hooks hanging within.

Further on an old, rusting tractor sat outside a historic woolshed where a board tells of sheep-shearing and the various ways the wool was transported from here to Bluff or Invercargill – all dependent on tides and weather.

The flat, grass trail narrowed, bronze tussock and green flax growing alongside. Distant bush-clad hills were dark, shadow-like, while closer, shrub-covered sand dunes were gashed with white sand. Occasional ponds mirrored vegetation under a hint of blue sky, but behind us black clouds were ominous.

The track became mushy; green-hued moss covering it like a velvet carpet. I walked through towering tunnels of Manuka, stark and grey except for the canopy. Bushes, shaped by the wind, looked like they’d recently had a haircut along boggy, black mud track which made for slow going. A long, four-plank boardwalk led over Chocolate Swamp, past green grasses tinged orange and grey, dead-looking trees in rich brown water dotted with green moss-like blobs. I poked a stick in. It was around knee-deep.

We arrived, nearly two hours in, at the point of return. A ‘Danger’ sign warns not to carry on if water is above the orange marker, 5cm up from its base. You’d be spending the night at Mason Bay Hut if it was. Disappointingly the track was dry, I’d been looking forward to a bit of a wading adventure.

We followed the straight, sandy trail, a brownish-orange stream running, sometimes noisily, about a metre below on the right, still water on the left. Manuka grew maze-like on either side offering shade. Around an hour later we reached another ‘Danger’ sign marked for those coming the other way. The trail required careful negotiation when it became like a wetland, some puddles around 15cm deep. White spongy moss brought colour to the greenery, then bronze vegetation added more. Fantails flitted.

Having walked at a fairly steady pace, although slowed down by thick mud, and stopping maybe four times for about five to ten minutes, we reached Freshwater Landing at 1.20p.m. Two people waited on the wooden jetty above the blackish, orange-tinged Freshwater River.

We investigated Freshwater Hut by crossing a one-man suspension bridge high above the river and found ten others waiting for the water-taxi. Six had been stuck there for two nights, bad weather and rough seas meaning the boat had been unable to operate. It’s a delay we hadn’t thought of. 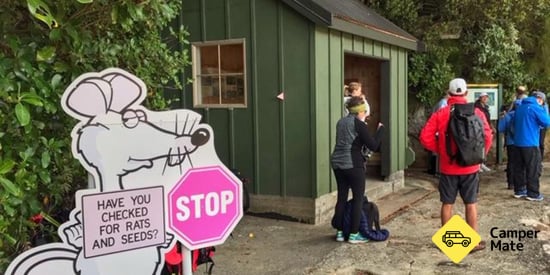 Motel in Coastal Bay of Plenty 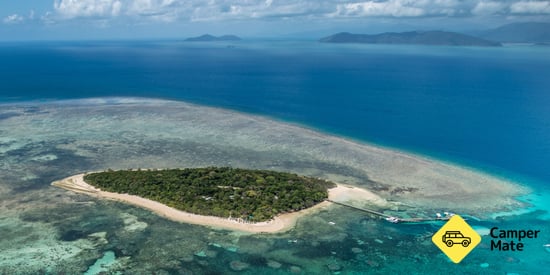 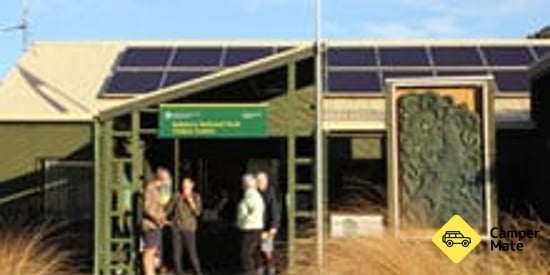 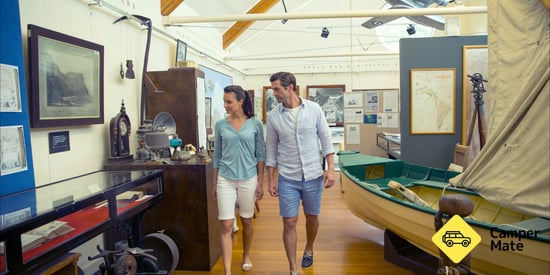 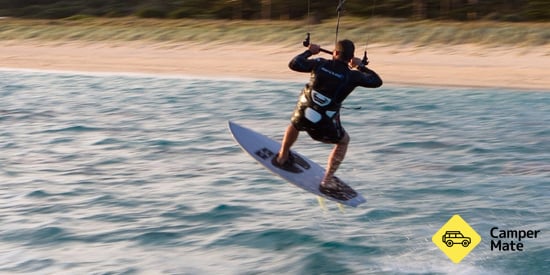 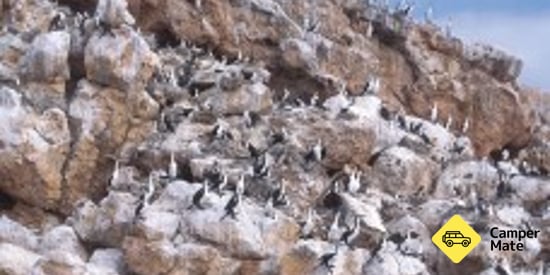 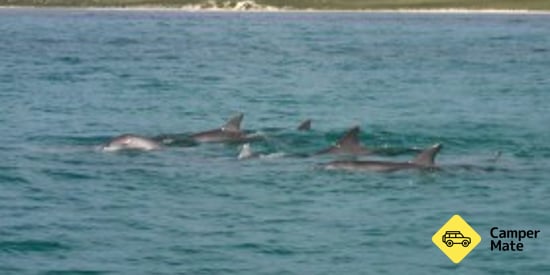