Every now and then we all need some beach time. You know, sand in between the toes, the smell of salt water on the breeze and wind-swept hair. It was time to look into a little hidden spot called Kurrimine Beach not far south from Innisfail on Queensland’s far north coast. Home away from home

With the help of the Campermate app, I chose to stay at Kings Reef Resort, due to its absolute beach frontage. They operate a great bar and grill restaurant, plus it was well within budget. From the moment you book in you’re met with a casual atmosphere and welcoming staff, and the laidback tropical vibe is echoed through the shady trees and palms sprawled around the property.

After setting up, it’s only a two minute walk onto the sand, and with the amount of grass around it’s a no-shoe stroll down to the beach. I found everybody to be on the same relaxing page, and it wasn’t rare to wander around and hear people snoring away during their afternoon siesta. Facilities were fantastic with an ample laundry, plenty of toilets and showers and you could tell that the staff in the park take pride in their work. Around the camp kitchen there is always a buzz of activity with meals and the 4pm drink, a great way to meet one of the many campers who stay here. Some of the guests have been coming to the same spot for over 20 years, and it’s not hard to see why.

Hitting the beach out along the front of the park, there are views out to sea where offshore tourist islands and the Great Barrier Reef lay. At certain times of the year, during an extreme low tide, it is possible to walk out about 1km to parts of the reef and explore this world heritage marvel. There are restrictions however, and it’s best to chat to the local council or tourism department before setting off. You can walk for miles up and down the beach at Kurrimine, either on the sand or the pathway under the shade of the coconut palms that make for those postcard-perfect photos, and there is plenty of seating along the way for a leg rest.

Wandering around Kurrimine I noticed that nearly every place that had a boat also an old tractor for beach launching. They came in all different colours, ages, shapes and conditions, and while chatting to a local fisher at the caravan park I learned that he trucks his tractor into Kurrimine every year for the fishing competitions so he can take his boat offshore. Funnily enough Kurrimine has the largest fishing club in Queensland, even though there’s just 730 permanent residents here. Feeling pretty happy about the idea of idle days by the water, I was slightly hesitant to ask at the park office what else there was to do around the area. Well, a plethora of info came my way, and I was well and truly set for the next few days.

Kurrimine Beach is part of The Canecutter Way, a self-explore drive that runs for 52km between Kurrimine and Innisfail. Hugging the base of the base of the mountains, the drive takes you on a journey through rich cane fields which, dating back to the 1900s, are truly characteristic of the region. There are wineries to visit and rivers and waterfalls to swim in, and it also passes by the stunning heritage-listed Paronella Park, which was built by an ingenious man named Jose Paronella who has harnessed the energy of Mena Creek Falls to run a small hydro station, which in turn powers his five-hectare dream property, complete with waterfalls and fountains. The drive finally ends (or starts) at the amazing art deco town of Innisfail, claimed to be the best in Australia. It is the largest town on the Cassowary Coast, where cane and bananas are the main industry but tourism also plays a part. Around town the streets are jam-packed with buildings of a distinctly art deco style, which were built after a cyclone struck in 1918. The popular river walk captures the town’s cultural heritage and reflects its style. There are monuments to sunken ships and early discoverers, parks for the kids to burn some energy, plus close to the town centre there’s a Chinese Temple, the only operating one of its kind in Queensland. An interesting bit of trivia is that the palm trees that line the street were planted by Sir Donald Bradman back in 1931.

To the south it's an easy 20 minute drive to another stunning yet very popular backpacker destination; Mission Beach. With Dunk Island just a stone’s throw off the coast, this is a go-to place for some island time, with ferries and pleasure craft departing daily. With a bigger population comes more services, boutique shops and eateries, making for a great day out.

Around the Mission Beach rainforest areas, it’s not uncommon to see a cassowary wandering along the side of the road or down near the beaches. Unfortunately, even guided with some local knowledge, I didn’t see any real ones. A loop road from Mission Beach north through Bingil Bay is a must-do. For 800 metres of the drive, the World Heritage Rainforest actually comes right down to the ocean’s edge. As the road winds its way along the coast, you have the ocean and forest in full view. It's pretty special.

Kurrimine and the Kings Reef Resort made for a fantastic getaway, and with so much more to explore within a 20km radius of my base camp, it exceeded all expectations. I will be back. Stay along the Cassowary Coast 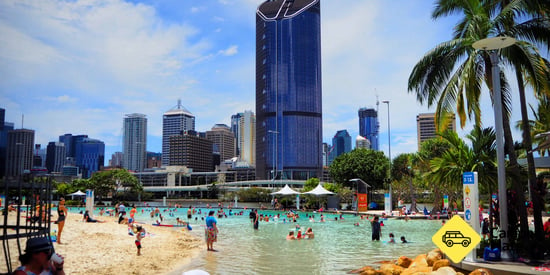 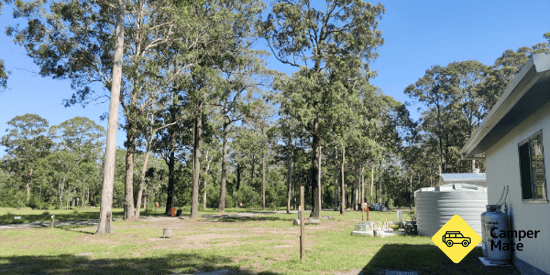 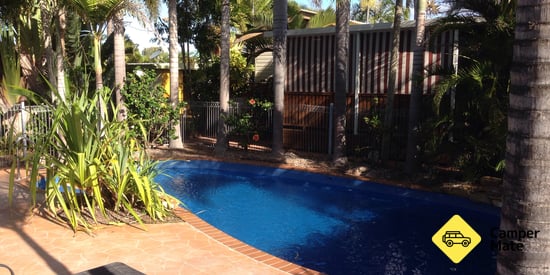 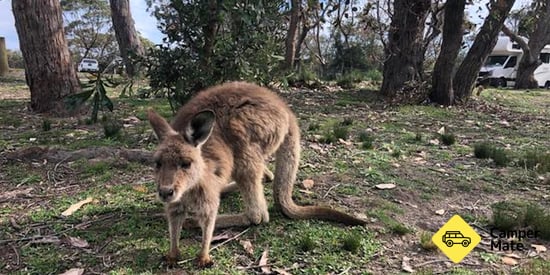 starts at $23 for unpowered and $32 for powered. Min fee for 2ppl and park entrance fee apply. 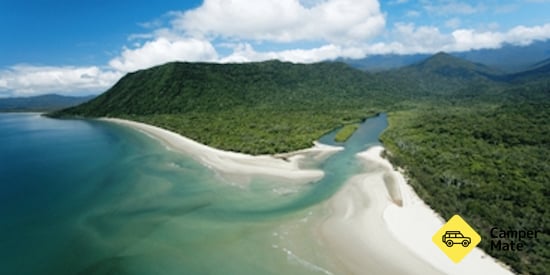 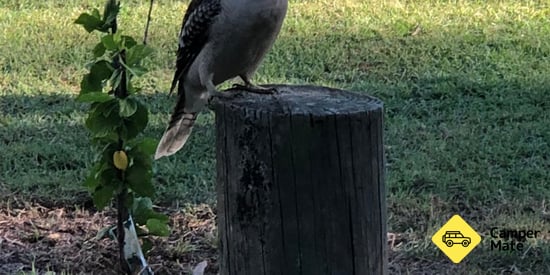 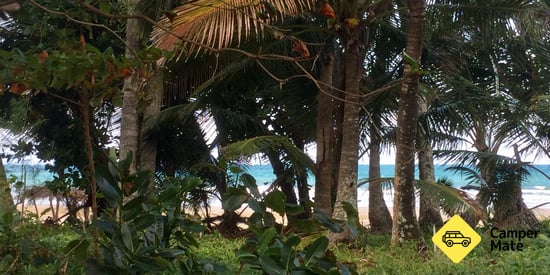 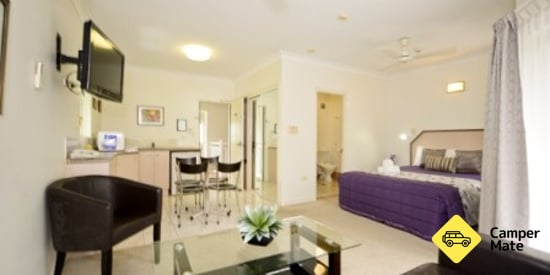