As someone who does not fare too well in the ‘scary movie’ stakes, I was more than a little uneasy when we heard you could camp out at a ghost town in outback Queensland.

I pictured Mary Kathleen to be a creepy, eerie abandoned town, with half demolished houses; rusted out vehicles; a whole heap of rubbish everywhere; and some tumbleweeds bouncing along dusty, empty streets, just like you see in the movies.

What freaked me out even more about pulling up camp here, was that apparently there was an ‘Elm Street’ in the residential area! That might sound appealing to all those avid Freddy Kruger fans, but for a scared-y cat like me, it frightened the bejeebers outta me!

Thankfully, the reality of this unique little ghost town is quite the opposite! You’ll find the Mary Kathleen Township on private property along the Barkly Highway between Mount Isa and Cloncurry, in outback Queensland.

You can camp here for free on one of the concrete slabs that remain where the shops and houses used to be. There are so many slabs to choose from, and they make for very comfortable (and level) sites to set up your camper or caravan. We chose to park up on what used to be the old General Store, and across the dry creek bed from us someone else had set up camp on the tennis courts. Most of the roads into the old township are still in great nick – the main road in, however, has worn away and is a little bumpy. If you drive to conditions, it is very accessible.

A quick cruise around town calmed any fears I had of staying there. Firstly, there were NO street signs! Ha. So no Elm Street… and NO nightmares to be had! Secondly, even though the town was clearly not there anymore – in a sense of no residents, houses or facilities – it still had such a safe suburban feel, which put me at ease. In its heyday, Mary Kathleen was a busy little town full of schools, sporting activities, an open-air cinema, churches, its own market garden, mining employment and more.

On the sign erected in the centre of the ‘town square’, you can read all about the town's history and view some old pictures to help you imagine what it would have been like for its community. We were fascinated to read that the entire town was built in just over a year with houses completed at the rate of one per day, and that Corella Dam (which is nearby) was actually man-made back in the 1950s in order to pump water into the creeks that bound the different residential areas in Mary Kathleen.

All of the waterbeds are dried up now as water is no longer released from the dam into the town, leaving room to wander around, scavenge firewood for your camp and provide some good old fashioned exploring fun for the kids. The open cut mine

The once-sealed road to the old uranium mine is now a little rough and covered in potholes – so a 4WD is recommended to make the trip more comfortable.

If you’re up for a bit more adventure though, you should take a few of the 4WD tracks through the rugged bush that surround the mine instead of the direct route. They provided hours of fun as we navigated through the various tracks and gave our suspension a workout. Some of the tracks went nowhere, whilst others spiralled up around the surrounding range, giving us the most incredible views alongside, and overlooking, the mine site.

There are a few different entrances, many of which have been blocked off with large boulders to keep people from taking their vehicles in too close. With plenty of areas to park your cars and walk in a little closer, you can still manage to take in the open cut mine’s abounding size by foot. The old uranium mine is approximately 5km from the township and it really is one of those places you have to see to believe!

Over time the open cut mine has filled with water and is now known as ‘Little Blue Lake’. It is honestly the clearest and most brilliant electric blue colour I’ve ever seen! Don’t let the name fool you though… this is one ‘lake’ you DO NOT want to swim in! Being an open cut mine site, you have to be aware of potential safety hazards – tripping and falling into the blue lake wouldn’t be very good for you. Research has shown that the lake IS radioactive – but not to the high levels you’d get at a nuclear power reactor.

We found out that the water in the mine used to be green, and that the change in colour over the years since its permanent closure was probably caused by the various metals and salts in the weathered rocks in the area. Although definitely a must-see if you’re heading past the area, it’s probably best to keep your time at the actual mine site minimal. And whatever you do… don’t touch the radioactive water!! Stay on the way

Not keen on camping with ghosts? Check out caravan parks in Mount Isa and Cloncurry, which are both less than an hour from the Mary Kathleen site. 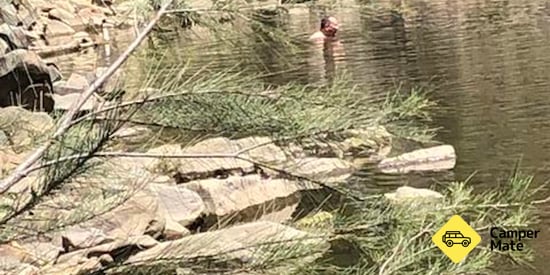 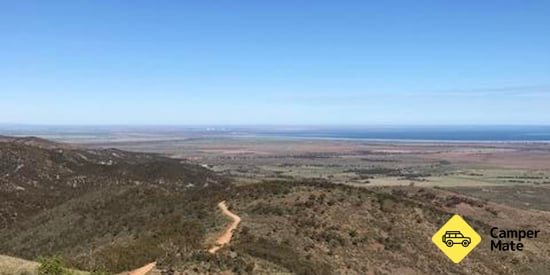 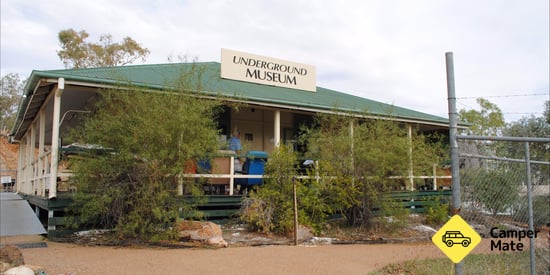 A Camper's Guide to Taupo

Best of Broome: 11 incredible things to see and do 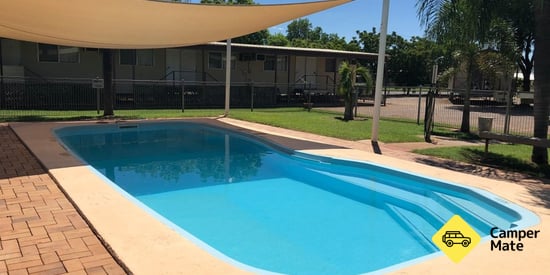