Rockhampton: welcome to the tropics

From lush public gardens ablaze with tropical plants to stately heritage buildings decorating the river precinct, don't overlook Rockhampton on your next roadie – an unexpected beauty on the cusp of Queensland's tropics.

Rockhampton is often considered the unofficial capital of regional Queensland, but I think it is one of the most stunning cities I have ever visited, and spending a week here was not nearly long enough. Located 620km north of Brisbane, Rockhampton may not be a seaside town, but it has charm and personality in spades.

Its history dates back to 1853 when the Archer brothers discovered and explored the now Fitzroy River, and settled nearby two years later. Like any new town, gold was discovered and the rush was on. The town grew, a port was built at the mouth of the river 40km away, and Rockhampton was officially named. The next 100 years had its ups and downs. Rockhampton grew immensely with huge churches, a rail line and steel bridges being built, as well as a customs house due to the amount of goods being exported, and a tramway around the city centre. During this period the town survived several devastating floods and cyclones, and during WW11 the US army set up camp with nearly 70,000 men nearby.

These days Rocky, as it is known to locals, is a resilient city that welcomes visitors. The perfect spot to gather a plethora of information is the tourist info centre on the southside of town, right on the latitude line of Tropic of Capricorn. Once you go past the info centre you’re officially in the tropics, which means goodbye jumpers and hello outdoor activities. The city of Rocky sits in a natural bowl beside Mount Archer National Park, allowing for plenty of activities while supporting a diverse range of flora and fauna. For the best overview, and most exciting drive, head for the top of Mount Archer. From the summit the views spread full circle, and the newly installed treetop boardwalk boasts views across Rocky that are nothing short of stunning. If you’re a fitness freak you can tackle 14km-long walks that delve into the gullies and back to town, or explore other small trails along the ancient ridgelines. Back in town, the riverside precinct is lined with spectacular heritage buildings dating back to 1860 – from old hotels and newspaper buildings, to banks and a very impressive customs office. If you’re anything like us, you’ll be blown away. Down beside the river there are stunning gardens and water features along the way, with information boards shedding light on everything from local Aboriginal culture through to historical events – it’s a great way to spend the day, wandering the riverside with a coffee in hand. If you're in Rocky on a Saturday, be sure to head to Archer Street to check out the heritage listed 1899 station and railway, run by dedicated volunteers who know the rail system inside and out. For a small fee you can wander through an array of amazing historical railway memorabilia, participate in interactive displays, and walk through 1900 period rail carriages and engines, but the biggest draw is a ride the French Purrey Steam train. The only still-working engine of its kind in the world, it is a work of art. While exploring the city we learned that Rocky has over 200 gardens and parks within the shire, ranging from huge waterfall features and riverside parks, to playgrounds for kids that have safe west areas where glorious trees give shade in the hot tropical summers. The botanical gardens were established in 1869 and today they are a huge hit with both locals and tourists that frequent the town. Not only is it free to enter the gardens, it’s also the home of the Rockhampton zoo which is also free of charge. Wandering around the stunning themed gardens, through animal enclosures and seeing a mix of local and exotic wildlife, 130 year-old trees and flora from across the globe is a fantastic experience. Rockhampton is one of the few zoos in Australia that has chimps, and with over 60 different species of animals, birds and reptiles, you’re in for a fun time exploring. When gold was found 30km west of Rocky back in the mid 1800s, word got out and the boom began. Most of the mining was for alluvial gold, until a chap named Morgan looked further into the mountains and found gold encrusted in huge amounts of ironstone.

For the next few years mining efforts moved to the now named Mount Morgan and tremendous amounts of gold, silver and copper were extracted from the area. It was once regarded as the largest gold mine in the world, burrowing nearly 2km into the mountain. Today the hole where the mountain once stood is regarded as one of the largest man made holes in the world. Mount Morgan is a quirky little village where you can visit rail and historical museums, view the mine from various lookouts around town and see the huge chimney that took 750,000 bricks to build. The Dee River weaves its way around town and there were once six suspension bridges built across it. Over time, floods, fires and general dilapidation have destroyed all but one, and you can walk across it near the heart of town.

For a peaceful break away from the town, we headed to what is known as Dam number 7. A local and tourist destination, this huge dam was one of many built for the mine, but today it's used for the towns water supply and recreation like boating and fishing. Rockhampton is beef capital of Australia and wears the title proudly, with different life-size statues of iconic Rocky cattle situated at seven points around the city. If you’re into fishing, Rocky is fast becoming the home of the barra – you can target them right in the heart of town in the Fitzroy River system which, incidentally, is one of the largest delta systems in Australia. We stayed at the Southside Holiday Village in Allenstown, just on the outskirts of Rocky, a busy, friendly park that catered for all our needs. The caravan sites are huge and set into tropical gardens, ensuring most sites have a little private area, and the modern shower blocks are some of the cleanest we have seen. Being just five minutes away from the centre of Rockhampton, it was easy to shoot back to camp for an afternoon snooze and then head off again. With manicured gardens, old figs and coconut trees lining the perimeter, you know you’re in the tropics here. 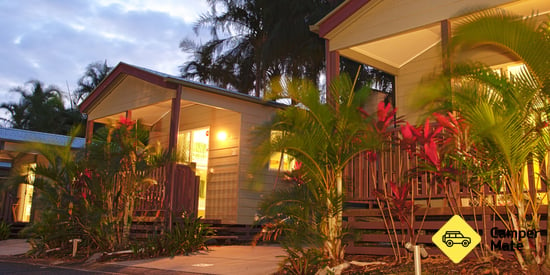 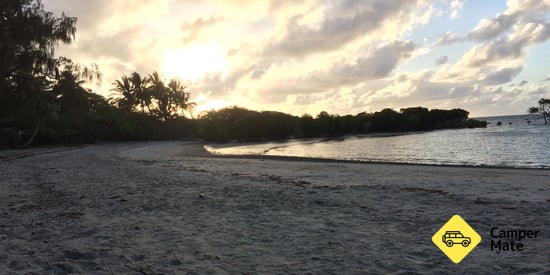 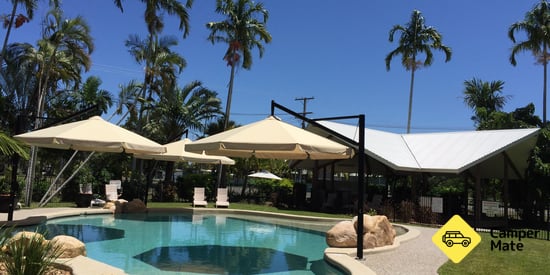 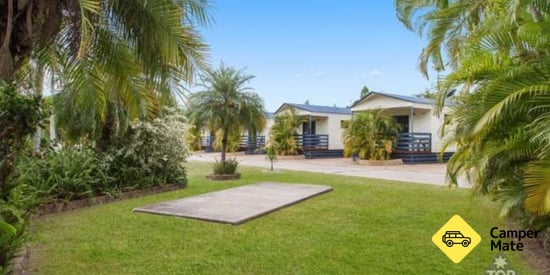 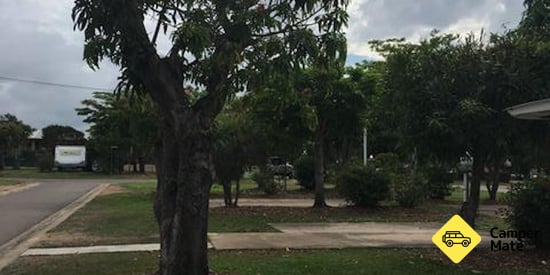 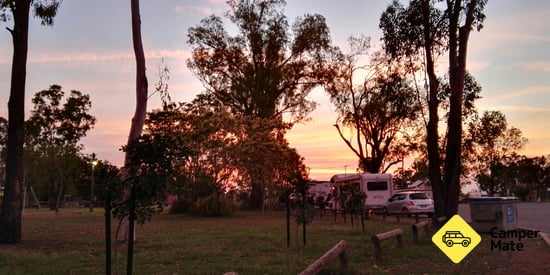 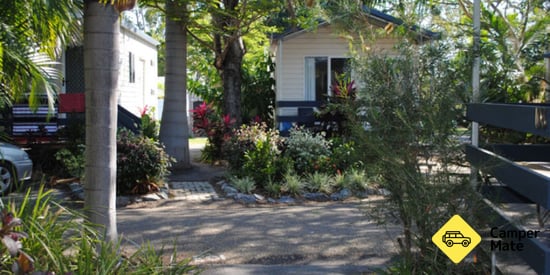 From $33 Per Night (Unpowered Sites) 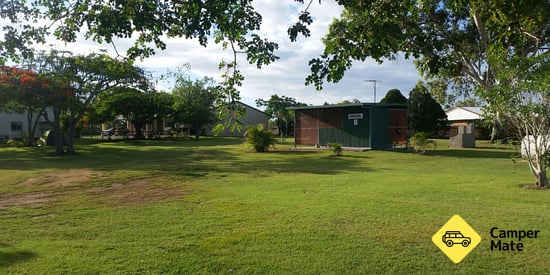