While South Australia’s Flinders Ranges might be well known as one of the country’s most beautiful outback attractions, it’s the southern end that generally gets all the love. The rugged and wild cousin to the north, however, sits ready and waiting for intrepid explorers to delve into its remote secrets.

The Flinders Ranges make up over 400km of some of the most dynamic outback landscapes in Australia. They’re a playground of deep gorges, gnarled mountains, sweeping vistas, scenic camping and beautiful hiking. It’s the type of place you could spend literal decades exploring, and still barely begin to scratch the surface. I just wish they weren’t so damn far from where I live, or I’d probably be back once a month. The Ikara-Flinders Ranges National Park, highlighted by the stunning Wilpena Pound, will be as far as most visitors to the area get. But some 200km to the north, and roughly 600km north of Adelaide, the Vulkathunha-Gammon Ranges are a wild stronghold of magnificent jagged hills, deep gorges and towering peaks. These are the oldest remnants of the range, with parts of the ancient granite terrain up here almost a billion years older than what lies to the south.

If you’re thinking of heading up there, Arkaroola is a good place to start, especially if you're working with a 2WD or aren’t overly experienced with four wheel driving. The Arkaroola Wilderness Sanctuary is a conservation area with accommodation, provisions, a restaurant and some breathtaking camping nestled amongst a ring of sharp hills and rugged defiles, hidden within the ancient mountains. There’s a few ways you can get to Arkaroola, and no matter which direction you approach from the drive is bound to be incredible. From the Flinders Ranges National Park to the south, the drive crawls across open outback plains, with the rolling hills of the range to the left, and the desolate expanse of Lake Frome far off to the right. It also heads past the fantastic Chambers Gorge, a deep chasm beneath the rugged limestone mesa of Mount Chambers. The chasm ranges from some 50 metres wide down to barely two at its narrowest. From the north, Arkaroola is the end of a 430km trek down from Innamincka, following the Strzelecki Track across the pale, rolling dunes of the Strzelecki Desert. The quickest approach, though, is heading across the range from the west. From the small mining town of Leigh Creek, the road winds its way between the wide valleys and down through the narrow pass at Italowie Gap, where there’s a basic bush campground.

While the campground itself is nothing special, it’s the access point for a network of walking tracks that delve deeper into the harsh country. A little further on, from the small town of Balcanoona, there’s access to the remote Wortupa Loop Track, an 80km 4WD journey across the heart of the park, as well as 2WD access to Weetootla Gorge.

Hidden within this warren of ancient mountains are a slew of rustic campgrounds and incredible remote walking trails, as well as historic huts and shearer’s quarters that can be rented for accommodation. The Wortupa Track gives you a taste of just how harsh the landscape really is, and really imparts you with a respect for the Adnyamathanha people that called this land home for centuries. It’s hard to think just what the European explorers saw in this land, in the early explorations of Edward Eyre, Edward Frome and George Goyder. They saw enough, apparently, to justify the establishment of a small copper mining settlement in the 1860s, which soon failed as drought drove the intrepid settlers back to the comforts of Adelaide.

Further settlement by Europeans wasn’t attempted again for nearly half a decade, when rubies and sapphires and eventually uranium deposits were discovered. While sporadic mining and pastoral ventures were attempted, the harsh and largely inaccessible nature of the landscape have kept it pristine and isolated even today, with many areas still only accessible to serious bushwalkers.

The Arkaroola Wilderness Sanctuary was established in 1968, and the national park in 1970. Arkaroola has all the comforts of a caravan park, but with magnificent campsites nestled along sandy and pebbly rivers thick with heavy gums, or on open ridges overlooking the rings of saw-toothed hills that surround the area. There’s a maze of walking tracks that leave from here, as well as several rough 4WD tracks to explore, and several more reserved for tours run by the Wilderness Sanctuary. My top picks for walks would have to be the Acacia Trail, which leaves right from Arkaroola, and the nearby Barraranna Gorge. The gorge is a fantastic long walk through crumbling valleys, red gorges and along stony river beds, where dwindling pools provide a haven for the rare and endangered wildlife that thrive in the hills, from grasswrens to yellow-footed rock wallabies.

As for the Acacia Trail, it’s a relatively short but reasonably tough climb to the top of the range, where you’ll find one of the most spectacular sights in the entire country. Sweeping views across blue ranges and gnarled mountains, and the sheer canyons, rocky chasms and rugged valleys tucked between them. It’s a land carved of quartzite, ancient granite and deeply weathered sandstone, where outlying ranges and pounds of low hills surround a high central range. I stayed up there so long, engrossed in the sheer enormity of the view, I almost had to walk back down in the dark. When I did finally make my way back down, it was to the beckoning comforts of a hot shower, a cooked meal and a cold beer beneath the vista of ancient hills caught in the dying outback light. 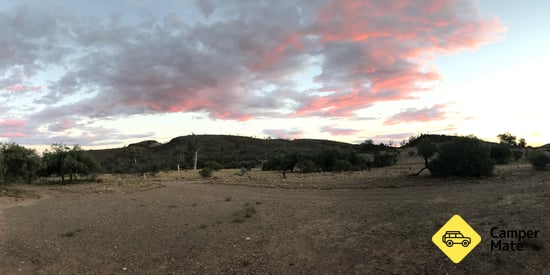 AUD $11 per vehicle per night 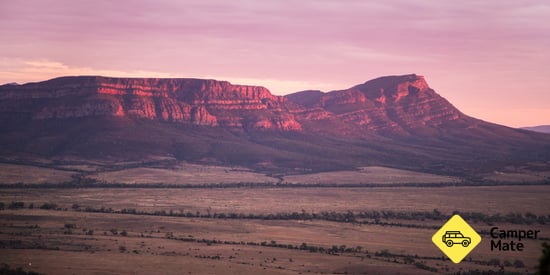 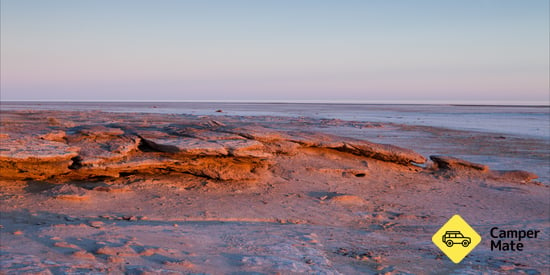 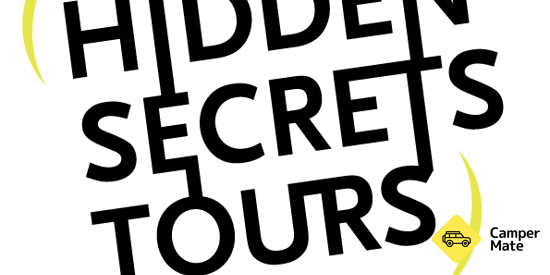 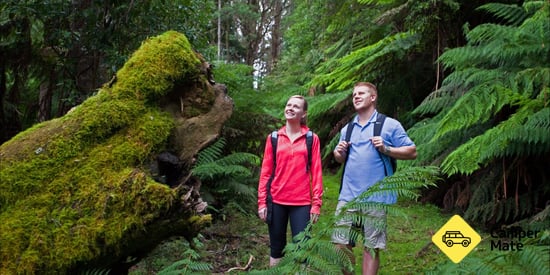 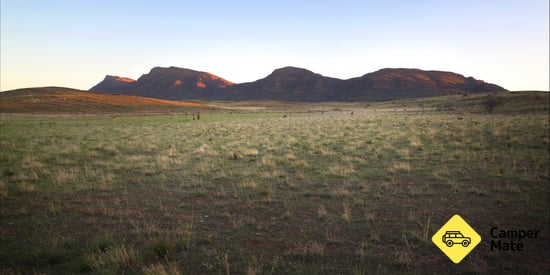 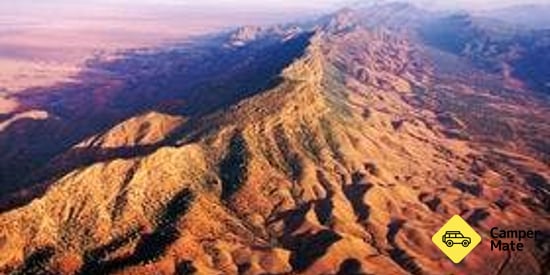 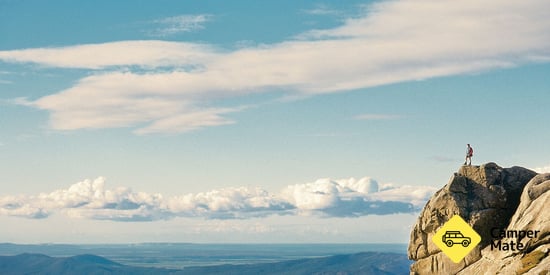 Activities & Attractions in Launceston and the North

10 awe-inspiring views to kickstart your wanderlust