There’s nothing like stumbling upon a pocket of Australia’s richest history, and uncovering the story it has to tell. Once the seventh largest town in the country, and so colossal it was deemed responsible for saving the economy of a struggling South Australia, Burra now stands as one of the most beautifully preserved historic mining towns in Australia.

You’ll find Burra nestled in the rolling hills of the northern Mt Lofty ranges, some 160km north of Adelaide. It’s often encountered by those travelling across the country, passing from Mildura and Renmark through to Port Augusta, or vice versa. It makes for a welcome stopover on a long drive, one that might even have you staying for an extra night or two. Hidden just off the main road, I drove right past the small town the first time I passed, on my way to the Flinders Ranges several years ago. This time I happened to drop in for the night, and it made for one the most intriguing stops on a trip from Sydney to Perth. Beautifully preserved heritage buildings line a tangle of picturesque streets, with the entire town swathed in a sense of rustic colonial charm. It’s a place that immediately catches the eye, and beckons further exploration. Burra began life in the mid 1840s as the small mining village of Kooringa, thanks to the discovery of copper in the area. After a brief rivalry between two mining associations, the Burra Burra mine was established, and not five years later the small village was a collection of towns with a population of over 5000.

The ‘monster mine’, as it was dubbed, went on to become the largest metals mine in Australia, producing some 5% of the worlds copper. Production of the mine rose and wavered over the following decades, until its closure in the late 1800s. While the townships dwindled with the closure of the mine, they never died, and in 1940 half a dozen of the small villages came together under the banner of Burra. In 1970 the mine was reopened as a modern open cut, before closing 11 years later.

Once again, instead of facing dismantlement and abandonment, the town persevered, becoming an important regional hub and pastoral district. It was declared a State Heritage Town in 1993, and is now equally dedicated to telling its story, through the preservation of its rich history. They’ve done a remarkable job of presenting a slice of this colonial era as it would have been. It’s not hard to get a feel for how life once was here, wandering the streets lined with old trees, tin roofs and weathered brick. To make the most of a visit, head to the visitors centre, and get yourself a Burra Heritage Passport. For $30, this pass guides you on an 11km journey through 50 sites scattered around the township, including eight locked heritage buildings. The Redruth Gaol, the Powder Magazine (the oldest mine building still standing in Australia), Unicorn Brewery Cellars (which once supplied beer to a quarter of SA), and Burra’s two museums all do a pretty fantastic job of painting an image of the bygone era they’re devoted to.

The Passport trail takes you through the neighbouring villages and up above town to the site of the mine itself. While the town and rolling hills fall away to the east, the mine pit yawns behind. It’s now filled with a verdant lake and surrounded by pines doing their best to reclaim the damaged earth, which only add to the scenery. Crumbling structures and weather-beaten relics crown the pit, and you can wander most of the way around with the Passport, following the informative trail. Even without the passport, there’s still plenty to see up here, and the town itself has plenty to offer beyond its history. Small stores, beautiful churches and restored buildings, cafes, and a couple of old pubs that offer some pretty good feeds. You can take a walk along the short but beautiful stretch of a gently flowing river that meanders right through town. There’s a lovely little park, green lawns, tall gums and banks of reeds, as well as a nice little caravan park, with views of the grand old school building on the hill across the road. If you’ve got the time, Red Banks Conservation Park is hidden about 15km from Burra, and is definitely worth checking out. You’d be forgiven for thinking there isn’t much out here, amidst the landscape of endlessly rolling hills. But tucked away between them, Red Banks protects a pocket of old growth mallee, crumbling red gorges and spring fed waterholes that feed numerous threatened ecological communities. It’s known as one of the richest megafauna fossil sites in Australia, with the red gorges representing eons of geological history, and has long been an important area for the Ngadjui Aboriginal people. There’s a five kilometre walk that climbs a high ridge, before descending into a narrow valley and following the lush surroundings of several waterholes, before rentering the arid mallee. The geological and ecological history to explore here is a fantastic counterpart to the colonial heritage of Burra. There’s some good quiet bush camping too, which isn’t a bad option after spending a little time experiencing one of the most important mining sites in Australian history.

Historic and heritage sites in Barkly 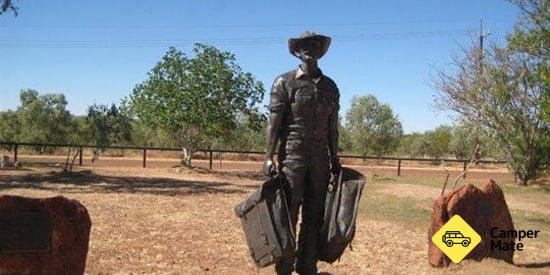 Historic and heritage sites in Barkly

Historic and heritage sites in Riverina 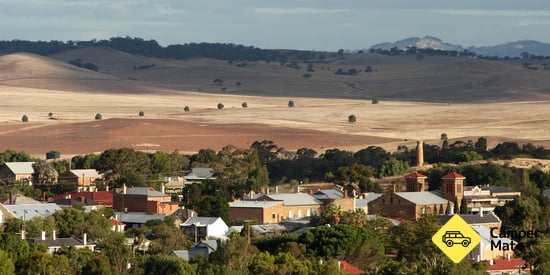 Historic and heritage sites in The Murray 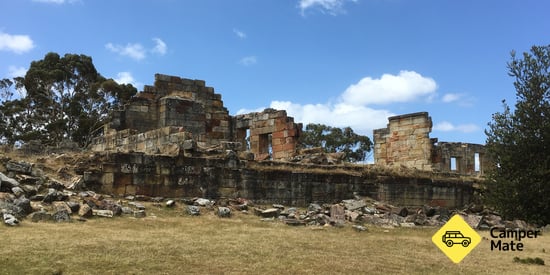 Historic and heritage sites in Hobart and the South 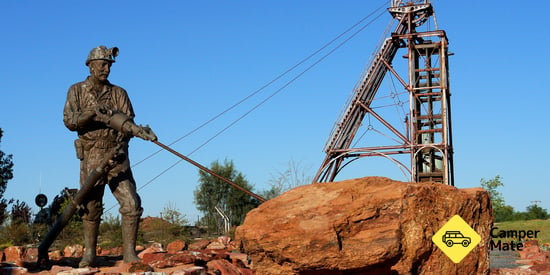 Culture in Flinders Ranges and Outback