The ghost town of Farina is a fascinating place to stop, camp and explore on your next road trip through South Australia's outback.

A plume of red dust billows behind us as we turn off The Outback Highway, making our way over corrugated dirt to the impressive stone gates marking the entrance to the ghost town of Farina. The road these days is bitumen all the way to Marree, so it’s only the last couple of kilometres into Farina that give the car and van a shake up. The drive is around 620 kilometres from Adelaide to this historical destination between Lyndhurst and Marree, and it’s not hard to imagine horse-drawn vehicles driving through the signposted streets and women in long dresses and white aprons going about their business at the post office or store.

The reason many of the original buildings are still standing is thanks to the Farina Restoration Group, a dedicated group of volunteers who visit between May and late July each year to keep the spirit and history of the town alive. The restoration group holds the licence to manage the crown land sites in the Farina township area and have had a coordinated program for managing the site since 2009. The area was originally surveyed in the 1870s for the purpose of a railway and it was seen as a good proposition because of an abundant water supply from nearby creeks and waterholes. It was thought to be a good wheat growing region but recent flooding gave a false impression of its potential.

The area was named Government Gums during the construction of the railway and in 1878 it was declared as the town of Farina, the Latin word for flour. It was established to be the rail head for towns growing wheat and wool, and moving cattle in the far north of the state and in 1884 the rail line was extended to Marree and eventually to Alice Springs.

At its peak in 1894 Farina had a population of around 300 people, and along with 50 houses, the town had two hotels, a post office, store, police station, two churches, a blacksmith, bakery, school, boarding house and bush nursing hostel. Many of these original buildings are in a remarkable state of preservation. The restoration group maintain what is left of the ruins, using stone masons to keep what is intact now as well as adding signage boards to explain the history of the buildings that once stood, and the people and the lifestyle of those that lived at Farina. Farina had a mix of nationalities from its earliest days with European settlers, Afghan cameleers bringing in wool and delivering supplies to stations, Chinese railway construction workers and the local Adnyamathana Aboriginal People.

Most of the town died away by the late 1960s but a number of original stone buildings remain today. The police station is one, although when policing began in 1867 it was originally from a tent dwelling. The station was built in 1890 and was used until 1950. In the earliest days of Farina, mounted police had an area of thousands of kilometres to cover which could see them away for months at a time.

With railway workers and outlying stations there was need for a school and one was opened in 1879, operating until 1957. Two hotels operated at Farina, The Transcontinental and The Exchange, where shearers and drovers could stay or enjoy a meal and a drink during their travels.

As with any remote town, locals had to make their own entertainment and Farina was no different with a New Year’s Day horse race and ball in the evening, tennis courts and a cricket oval were also created for recreation. A concrete cricket pitch remains but I wouldn’t advise attempting to take a diving catch on the gibber rock covered oval. You can get still get some respite from the fierce sun in the scorers hut at the edge of the oval. Farina saw transport go from horses and camels, to trains, the motor car and even planes. The aerodrome was on a salt lake around five kilometres out of town and was the first refueling stop on a weekly Adelaide to Darwin journey, provided by Guinea Airways. The Farina storekeeper would transport fuel to the planes when they landed and his wife provided tea and sandwiches for the passengers during their 45 minute stopover.

Another busy period in its history was during World War 2, when up to 56 troop carrying trains passed through the town each week. Eventually the town died out due to drought and the Ghan rail line being moved to the other side of the Stuart Highway. The Farina Post Office closed in 1960 and the store in 1967. Today Farina Station is owned by Kevin and Anne Dawes who run Merino and Dorper sheep and cattle and maintain the campground facilities that we are lucky to enjoy. One of the last residents of the town was John Patterson and the restored Patterson House is now home to a soon to be opened information centre, kitchen, café and dining space, right next to the original underground bakery where during the eight week season you can buy freshly baked bread and pies.

The bakery fire box ovens are underground with the roof at ground level, and during the time when restoration group volunteers are on site, the bakery is flat out producing bread to purchase, with all proceeds from sales going back to the restoration group to enable them to continue the maintenance and historical information work they are doing.

Above the campground area you can find the war memorial on a hill with far reaching views over the station and town. Access is a little rocky and steep but worth the climb to the memorial which includes the names of men born in Farina who served, were wounded or killed in action in all of the conflicts, the proportion of which is quite staggering. An organised Anzac Day service is held here every three years with the next one due to take place in 2021. Groups are more than welcome to organise their own commemorations at other times.

Beyond the campground you can take a drive to the cemetery which has a separate section for the Afghan settlers of the area. The complete barrenness of the landscape here truly makes you feel the harshness of station life especially on a dust laden gusty wind day, where every ounce of moisture is sucked out of your body. During the evening is when the solitude and silence of the station is at its most noticeable, when you gather around a campfire under an all-encompassing, black, star filled sky. The large campground has plenty of space to camp without being too close to others and is easily accessible for caravans and campers. There is a very clean toilet block with flushing toilets and showers which use a donkey hot water system, heated by firewood. There are plenty of flat areas to camp whether you are travelling alone or with a group, with tree sheltered areas or open space to suit your needs. The cost for camping is $5.00 per person per night.

Make sure you are totally self-sufficient when visiting, carrying your own water, firewood and all food supplies. The ideal time to visit would be when the restoration volunteers are helping out and the bakery is in operation but the signage is very comprehensive and you can get a great overview of the town and its history at any time of the year. From the campground it is around a 2 kilometre walk in and around the ruins and it can take an hour or two to wander through depending on how much time you take to read all the signage. When visiting Farina it pays to keep an eye on weather conditions with this truly being the country of drought and flooding rains. You can get phone reception near the Patterson house and if you are lucky enough to run into the station owners Kevin or Anne, they are lovely hospitable people and happy to say G’day. The Farina Restoration Group are always looking for sponsorship, donations and volunteers to continue with the work too, should the Farina bug bite.

Farina is a snapshot of Australian outback history that mirrors many similar inland towns whose beginnings were as railway or farming towns. Places where families lived and grew, workers toiled to open up our country and children learnt and played in the harshest of environments. It is just one of many Australian towns where lives were lived in the toughest of conditions from birth to death and we are lucky to have the history, people and times of Farina being remembered in this way. 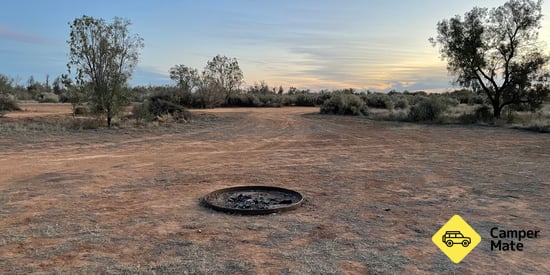 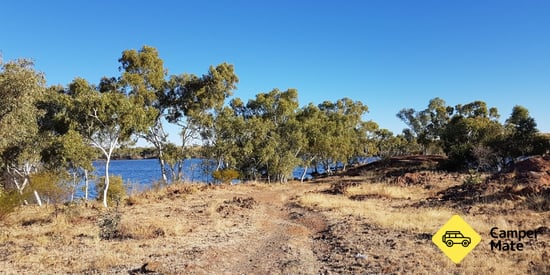 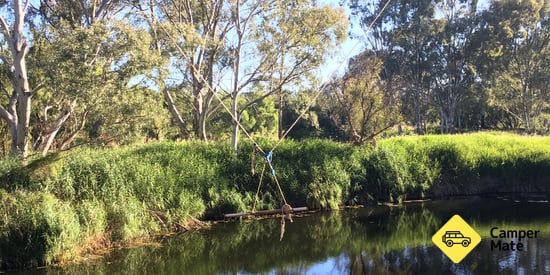 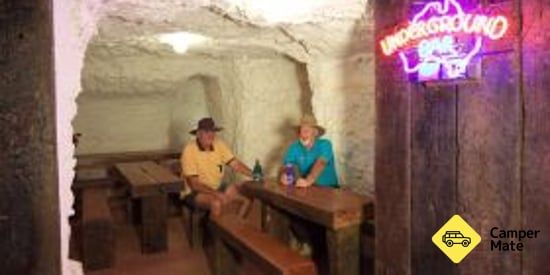 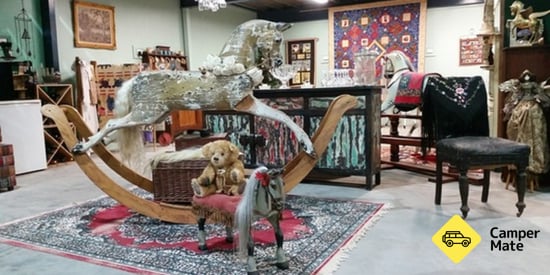 Things to Do in Riverina

The Big Rocking Horse And The Toy Factory 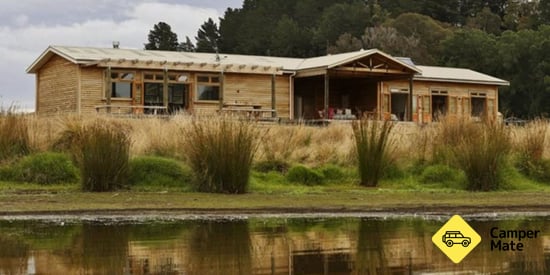