South Australia is spoilt for choice with world renowned wine regions, and McLaren Vale south of Adelaide is one of the closest and most picturesque destinations for a complete wine and food experience.

The McLaren Vale Lakeside Caravan Park is very conveniently located, within walking distance of the town centre and is central to more than 70 wineries, seven craft brewers and tap houses and a handful of distilleries. With so many choices it pays to have a plan of attack if you’re spending a few days in the area, and you will want at least that amount of time to taste the region. The Farmers Market at the nearby town of Willunga is an institution in this area and a great way to start a Saturday of touring. This market is full of healthy, organic, locally grown and produced food as well as having a multitude of stalls containing the wares of local artisans and crafty people. You can buy a hearty breakfast here and people watch for a while too. There is a bike trail you can take which is known as the Shiraz trail, and can be accessed from behind the caravan park. This 14 kilometre return trail follows a former rail line and takes you through to Willunga. It is relatively flat and takes you past picturesque wineries and vineyards on the way.

After a morning of wandering around the market you can take a stroll through an urban jungle at the ‘Jungle in Willunga’. This is actually a garden centre on the main road between Willunga and McLaren Vale which specializes in palm trees and bamboo. They are an attraction in that, for a small donation which goes towards its upkeep, visitors can stroll through a tropical jungle, over bridges, along winding paths and the kids can follow a discovery trail to search for hidden animals amongst the greenery. Once inside the jungle all road noise and sense of where you are disappears and it’s an especially welcome place to visit on a hot day. Finding exotic animals in the jungle

When it comes to the wineries, the choices are extensive with cellar doors signposted in every direction as you head back towards McLaren Vale. This wine region is mostly noted for its Shiraz but also specialises in Grenache and Cabernet. More recently Spanish and Italian grape varieties such as Temperanillo, Sangiovese and Fiano are becoming more common and are just as suited to the South Australian Mediterranean climate.

Wine production in this area dates back to the 1850s and in your travels to find cellar doors you can visit some historic stone buildings, however in recent times the Vales have been breaking the mould when it comes to winery architecture. The standout for difference has to be the Rubik Cube-like, d’Arenberg Cube which is part winery, part art gallery and 100% strange. Today you can also find shipping container cellar doors as well as spacious pavilions and gardens that make the most of the expansive views of hills, vineyards and occasional sea glimpses. Apart from a wide variety of fine dining options in the region including cafes and hotels, a lot of the cellar doors also offer casual food options or platters to have while wine tasting.

If you’re more of a beer or gin connoisseur, then McLaren Vale has that covered as well. There are a number of craft brewers in the region and they can be found dotted amongst the wineries in your travels, or you can pick up a brewery trail map so that you don’t miss any. An extensive range of beers are produced by the different makers, as well as ciders and ginger beers and they each have their own distinctive and experimental tastes. Gin distilleries are also becoming more prominent in the area and venues are popping up catering to the rise in the spirit’s resurgence in popularity. A selection of gins from Never Never Distilling Co.

McLaren Vale is 40 kilometres south of Adelaide on the Fleurieu Peninsula and is a very community-oriented region. Winery maps are available from tourism outlets in town or there are a number of winery tour operators and hop on hop off tours that enable you to indulge while they do the driving. Some of the wineries are open 7 days a week and others fewer days so make sure you do a little research before a day of touring. Most of the wineries these days charge for wine tastings too but that is usually redeemable off any wine purchases.

Did you know you can find and book food and wine tour operators in McLaren Vale with your CamperMate app?

The town of Willunga is around 6.5 kilometres from McLaren Vale and the South Australian Tourism award winning Farmers Market is held every Saturday from 8am to 12 noon all year round. The market has a real village atmosphere with many produce stalls, arts and crafts as well as buskers entertaining the crowd and adding to the fun.

No matter what time of year you visit McLaren Vale, the landscape and grapevines are as pretty as a picture with the changing seasons. In spring the hills and valleys are draped in green and new fruit is bursting on the vines, in summer the venues offer a cool refuge from the South Australian heat and it’s a perfect time to try the craft beers. Autumn turns the grapevines all shades of red and orange and in winter you’ll find cosy fires just perfect for tasting a few of the specialty reds of the region. 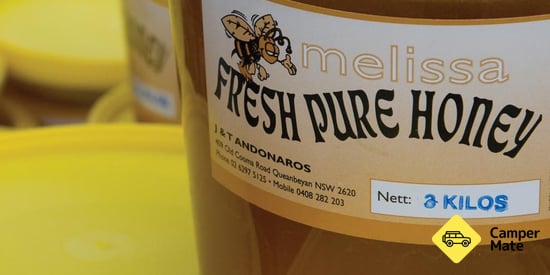 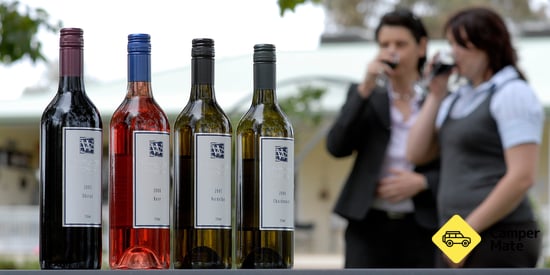 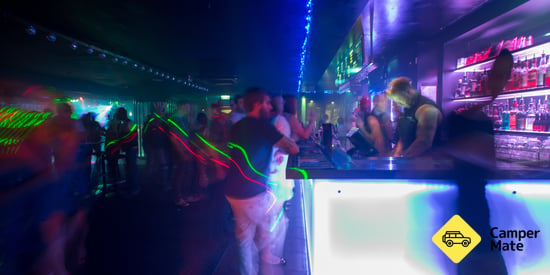 Things to Do in Canberra 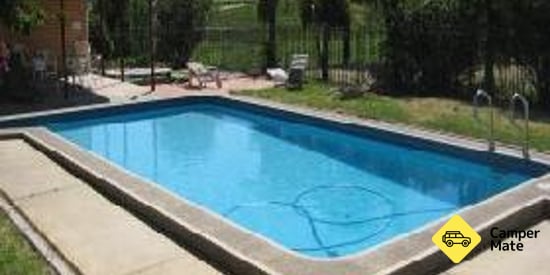 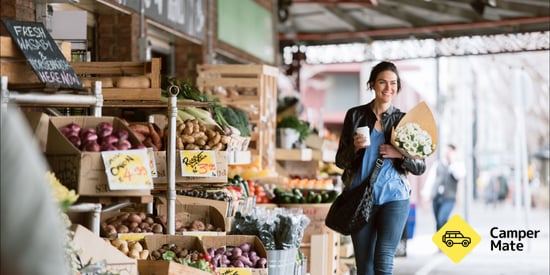 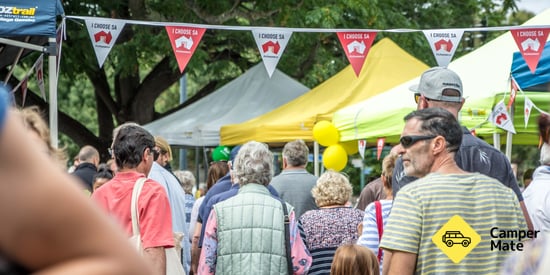 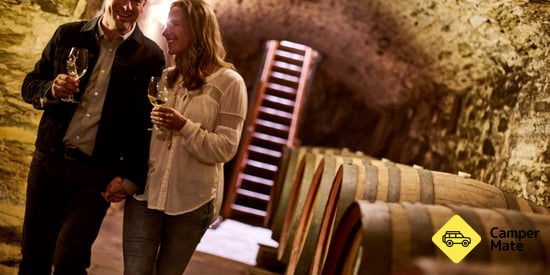 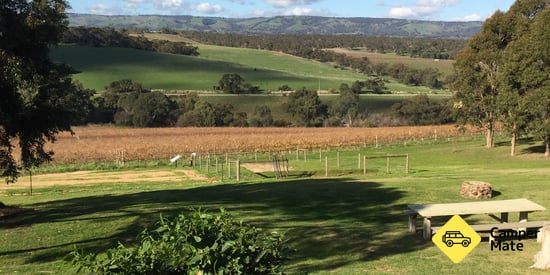 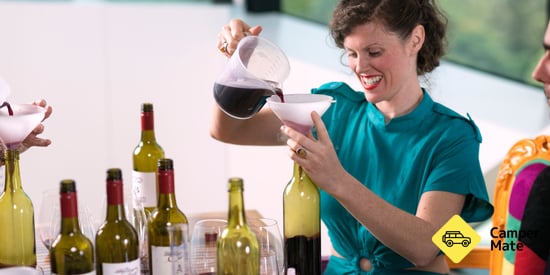 Things to Do in Fleurieu Peninsula 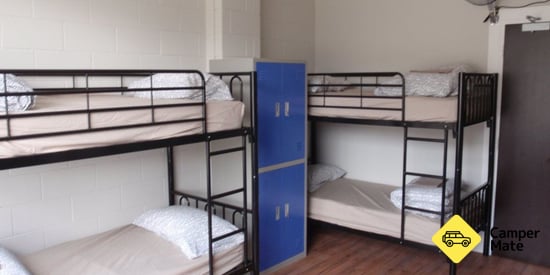 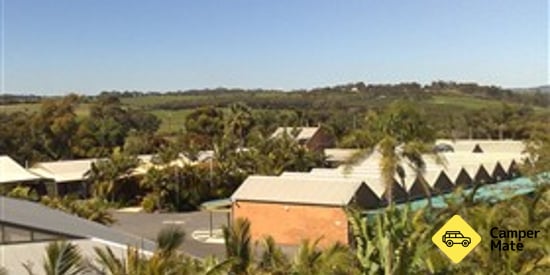 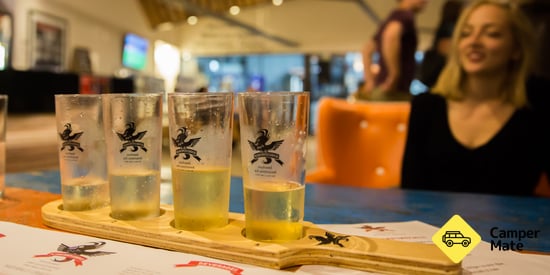 Culture in Geelong and the Bellarine