Sometimes a change in plan creates a better option, and so when I suggested to my mate that we take an alternate 365km route to Birdsville via Walkers Crossing Track, he was on board instantaneously. A designated Public Access Road (PAR), this track leads you through the Moomba gas fields before crossing the northern overflow of the Cooper Creek, eventually meeting the Birdsville Track approximately 100km south of Birdsville.

With the other tracks to Birdsville from Innamincka in poor condition after being pounded by hundreds of vehicles heading to and from the Big Red Bash in Birdsville, I checked on the variable road conditions board to see if Walkers Crossing Track was open. As it traverses the Cooper Creek floodplain, this 4WD-only track can often be closed for many months if the Cooper floods. Thankfully, the lights were green, and we departed Innamincka via the Old Strzelecki Track before turning right onto the Fifteen Mile Track. Walkers Crossing Track is extremely remote, and you’ll need to be self-reliant

The Fifteen Mile Track runs for 60km, with detours to the site where John King was found alive on 15th September 1861 and another where explorer William Wills died on 29th June 1861. It’s still sobering to read about the ill-fated Burke and Wills expedition, especially the struggles Burke, Wills and King faced after missing their support party by hours at the Dig Tree further upstream of Cooper Creek. Heading west across the Strzelecki Desert, what appears as harsh conditions to us, is considered lush for the roaming cattle. A set of old cattle yards still stand next to the Wattathoolendinnie Waterhole, the cattle full of voice when we stopped for some photos. On reaching a T-intersection, I was glad to see some signage “erected in the interest of public safety” guiding us in the right direction. This southern end of the track was synonymous for confusing drivers, being part of the Moomba Gas Fields, there are tracks leading off in all directions. The directional signs come in handy in this section of the track, and be sure to take note of the warnings

We were surprised with the amount of water sitting in Gidgealpa Waterhole, it certainly looked inviting except the cows kept giving us death stares. We followed all the signs, reaching Walkers Crossing on the Cooper Creek just in time for some lunch. Named after Santos Field Services Officer Sydney James Walker, he was responsible for rebuilding the crossing which suffered regular flood damage. After suffering a massive heart attack, Syd passed away on 7th November 1986, and his colleagues named the crossing after him, erecting a plaque at the site. Once across the Cooper, the landscape changes with coolabah trees and sand dunes dominating. The corrugations increased and I overshot one sharp bend when I was distracted by a bra tree. The colours are there to warn drivers of the sharp bend, not draw them to it

On checking, it appears I wasn’t the first and won’t be the last to make that mistake. The sand soon changed from blinding white to burnt orange the further north we travelled, and the dunes got higher. The track followed the swales between the dunes before entering the Sturt Stony Desert. It was easy to know we’d reached Sturt Stony Desert

As we closed in on the Birdsville Track junction, the conditions deteriorated, and travel speed dropped right off. Care had to be taken not to cause damage to our tyres as we picked our way past the sharp rocks that littered the track. I didn’t realise until much later that I’d sustained a deep cut through the lugs on one of my front tyres, thankfully it didn’t cause a puncture. Upon reaching the Birdsville Track, we pumped a little more air into our tyres before turning north. At the junction of Walkers Crossing and Birdsville Tracks

There was still plenty of evidence of the recent Diamantina River floods, with water still covering vast sections of the Birdsville Track and surrounding low lying land. In fact, we had to detour off the main track just north of Bobbiemoonga Waterhole due to water. The Birdsville Track itself was in great condition and we made good time as we passed Pandie Pandie Station before eventually crossing the South Australia/Queensland border. The sun was well on its way to setting and the Birdsville Racecourse looked as green as Flemington on Melbourne Cup Day as we approached Birdsville. We quickly fuelled up at the roadhouse before grabbing an unpowered site at the Birdsville Caravan Park, bumping into Ron Moon as we set up our swags. A quick set up before nightfall, then a short walk to the Birdsville Hotel to end the day

It had been a long day on the road and there was no argument as we decided to head to the iconic Birdsville Hotel for a hot meal and a cold beverage. Later as I crawled into my swag, I smiled as I recapped the day, thankful that our change in the plan had turned into such a cracking drive. 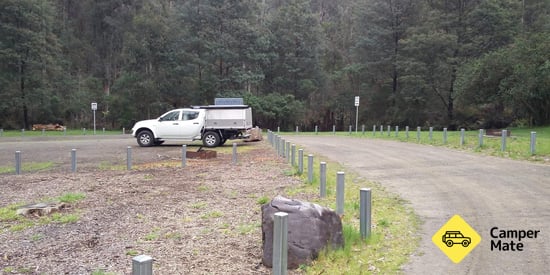 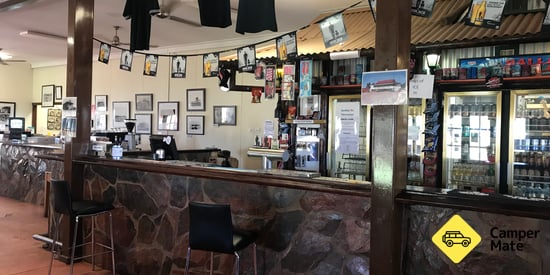 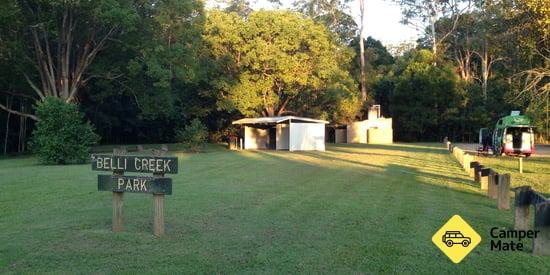 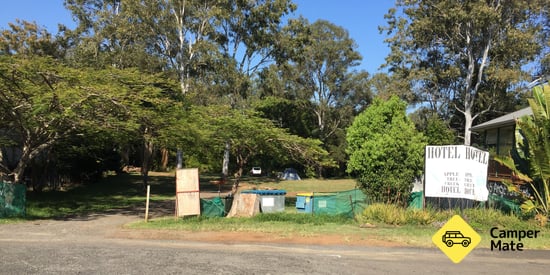 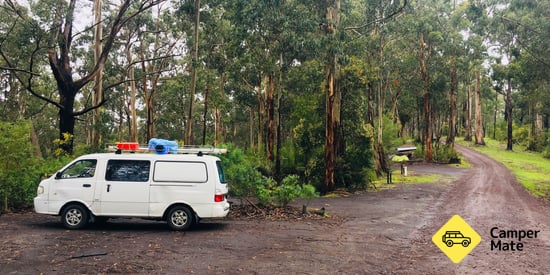 Brisbane to Adelaide via the Birdsville Track