The northwest of Victoria is full of national parks; Little Desert, Wyperfeld and the largest, Murray Sunset. Sandwiched in between the Calder Highway and the Murray River is the smallest, yet still spectacular, Hattah-Kulkyne National Park. I just had to discover what this park had to offer an adventurer.

Located south of Mildura and north of Ouyen, the park covers 120,000-acres of semi-arid Mallee country, with Mallee gums and cypress pines enjoying the burnt orange sand dunes, while the Red gums occupy the dark river soils along the Murray. I was excited to finally be exploring this little national park

Taking the turn-off from Red Cliffs onto Kulkyne Way, I followed this to Edey Road where I took a detour. Wanting to check out the free camp at Karadoc Sandbar, I wasn’t disappointed. Situated right on the Murray River, it’s a beautiful spot complete with drop toilets.

Returning to the Kulkyne Way I continued past Nangiloc to Buxtons Bend, with the smell of farmed garlic and fennel seeping into the Prado. This is another free campsite on the river, but I found that Watts Bend, a little further on was a better site with a lot more room for camping. At the junction with Boonoonar Road, you have the choice to continue along Kulkyne Way that leads to a couple of free campsites in Murray-Kulkyne Park (4WD recommended) or drive 800 metres along Boonoonar Road and turn onto the unsealed Reed Road.

This solid track leads you past some farming paddocks before you reach one of the entrances to Hattah-Kulkyne National Park. From here Reed Road becomes Mournpall Track which dissects the park, eventually meeting up with the Hattah – Robinvale Road. The Mournpall Track is suitable for two-wheel drive vehicles

The great thing about Hattah-Kulkyne National Park is that most areas are accessible by two-wheel drive vehicles, although some are sandy. This of course changes in adverse weather when tracks may become slippery or impassable, so it’s best to check the weather before you arrive.

The Hattah Lakes system relies on regular flooding to keep it healthy. With the Murray River so heavily regulated, flooding is now managed using a pumping station, regulators and stop banks. Small floods are distributed every two or three years and more extensive flooding delivered every eight years. Hattah Lakes is a Ramsar listed site, recognised and protected as a wetland of international importance. Both campgrounds within Hattah-Kulkyne are located next to lakes so are popular for canoeing, fishing (Murray Cod, Yellowbelly, Redfin and the accursed European Carp), birdwatching (with over 200 bird species) and cycling.

Lake Hattah has better access with it being bitumen all the way to the camping sites. There’s also free camping available at several sites along the river however there are no facilities, and many are recommended as 4WD access only. Lake Woterap is popular with canoeists

Not far from Lake Mournpall is the lonely grave of James Mahon, who at age 63 tragically drowned in Chalka Creek on 21st December 1923. The turnoff is signposted and the parking area obvious, but the grave location isn’t. If you park facing the creek, there is a walking track to the right that leads you a couple of hundred metres to the gravesite.

There are four walking trails within the park: It took me a while to find this lonely grave

Around the lakes, you’ll find emus and three kinds of kangaroo with the Red, Eastern Grey and Western Grey especially active at dawn and dusk. When exploring the park, keep an eye out for the large nests constructed by Malleefowl.

There’s a day visitor area at Lake Hattah with drop toilets and a covered BBQ area, ideal for a picnic lunch. Campsites can only be booked and paid for online. Mobile coverage is limited within some areas of the park, so don’t rely on using your phone to pay for a campsite when you arrive. The emus totally ignored me at Lake Hattah

Hattah Kulkyne also abuts sections of the Murray-Kulkyne Park that lines sections along the Murray River, and contains several free campsites where dogs are permitted. I’d decided that $26.80 was a bit rich for a night's camping, instead headed to the beautiful free camp named “the Boiler”.

Mother Nature had other ideas though and just as I was getting ready to set up, the heavens opened. I quickly high tailed it out of there before the track became too slippery as the river soil turns to black mud quickly, making driving precarious. I’d no sooner taken this shot at “the Boiler” and the rain tumbled down.

I checked out the following campsites, but not all of them are accessible after rain. Also, if flooding is taking place, many of the tracks are closed.

There are also accommodation options in Mildura, Red Cliffs, Ouyen, Robinvale and Euston. The Nature Drive is a great way to see the park 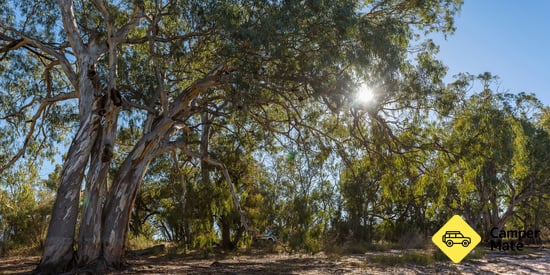 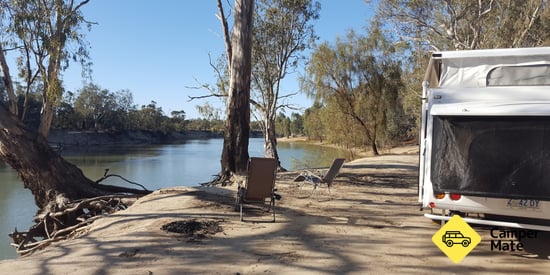 Free Camping Area in The Murray 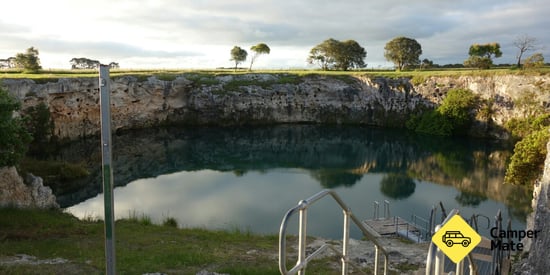 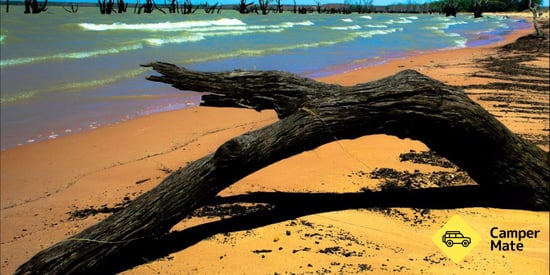 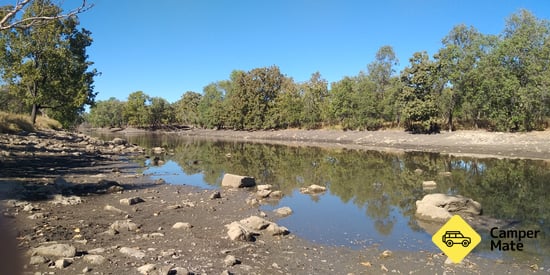 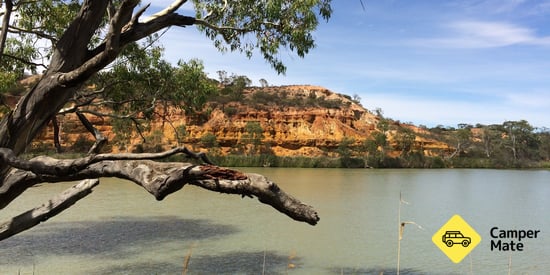 Where to camp on the Murray River in South Australia 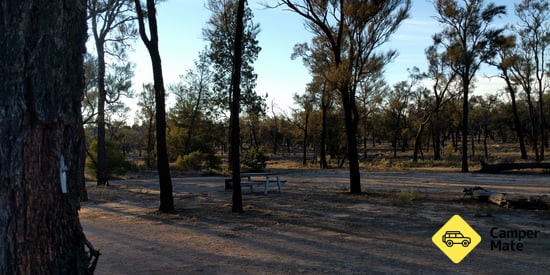