The Pilbara covers an absolutely huge swathe of Western Australia, and it’s one of the most gorgeous and dramatic regions in the country. After spending a bit of time in the incredible and ever-popular Karijini National Park, we set out to explore the much quieter country to the north.

We began our explorations in the little coastal town of Dampier, just 20km from Karratha. Despite the industrial nature of the town, the area manages to be quite pretty, with a couple of lovely beaches complete with red rocky hills and rampant desert peas. After a bit of time checking out the area, we headed the 100km or so inland to Millstream Chichester National Park. While maybe not quite as incredible as the dramatic landscapes of Karijini just to the south, the Millstream area is brimming with gorgeous places to check out. Originally Millstream Chichester was two separate parks that were joined in 1982, and because of this there’s a huge and stunning juxtaposition of natural areas. Spinifex-clad hills and crumbling red escarpments were the first to meet us, and we spent a while checking out a few small gorges and billabongs, before heading to Millstream. This is where you’ll find both the Millstream Homestead visitor’s centre and Miliyanha campground, set amidst the paperbarks and remnant rainforest of Millstream wetlands. It’s generally accessible to 2WDs, except after heavy rains. The Homestead represents the area’s pastoral history, while within the lush grove of palms nearby are crystal-clear streams and tranquil billabongs choked with lilies. These permanent water sources hold deep spiritual significance to the Yindjibarndi people, having supported their ancestors for several thousand years. After a morning spent photographing the stunning little Painted and Star Finches that frequent the lawns of the homestead, we set out on the Warrungunha Walking Trail. It heads through snappy gum woodland and climbs along the red cliffs that follow the bends of the river below. Follow it long enough, and you’ll make it to Deep Reach Pool, which can also be driven to. It’s a huge and absolutely beautiful stretch of river, lined with slender palms and lush riparian vegetation, and is perfect for swimming year round. The northern section of the park, strung across the Chichester Range, is a different beast entirely to the southern section. This was a land of rolling rocky hills swathed in vibrant green spinifex and colourful wildflowers. We found the best views were from the top of Mt Herbert, which is not so much a mountain as a small hill, and sits right beside the road. From Mt Herbert, you can walk or drive down to Python Pool. Depending on how much water’s been flowing through, you’ll either find a fantastic swimming hole in a rocky gorge, or a fantastic photo opportunity of vibrant green water beneath the towering cliffs. After a night at the remote George River Campground, accessed by a short but rocky 4WD track, and a few more hours exploring the park, it was time to set off for our next destination. A good 300km of outback roads, remote towns, isolated campsites and stunning arid wilderness later, we arrived in Marble Bar. Some 200km inland from Port Hedland, this small mining town is often marketed as the hottest in Australia. It’s even got a big sign on the way in to let you know, although for us it was almost cool enough to wear a jacket. The town was founded in the late 1800s, and at the height of the area’s gold rush boom boasted a population of some 5000 intrepid prospectors. It was named for what is perhaps it’s biggest tourist draw today, and that’s the formation of vividly colourful rock just outside town. A formation later found to not be marble at all, but rather jasper, a colourful variety of quartz. Crossing a tranquil stretch of river, the smooth stone flows with vibrant ripples of red, white, purple and yellow. To really bring out the colour, splash a bit of water from the river over them. It really is like nothing else I’ve seen in Australia, and while it might be a long way to come just for some pretty rocks, there’s plenty more to check out around town to make a visit worthwhile. The adjacent Chinaman’s Pool is great for a swim, and there’s a nearby fossicking area where you can hunt for a little jasper of your own. From Flying Fox Lookout there’s fantastic views over the surrounding country, and the Comet Gold Mine and Marble Bar Museums are both worth checking out to discover a little of the area’s history. Back in town, we had a feed at the Ironclad Hotel, which has so far seen a hundred and thirty years of business, and has a whole lot of history contained within its walls. Due to time constraints we had to skip a planned visit to Carrawine Gorge, another 200km inland, and instead headed to the nearby Dooleena Gorge, on the Coongan River just outside town. Free camping on the huge sandy banks of a gorgeous river made for a pretty fantastic final night in the Pilbara. 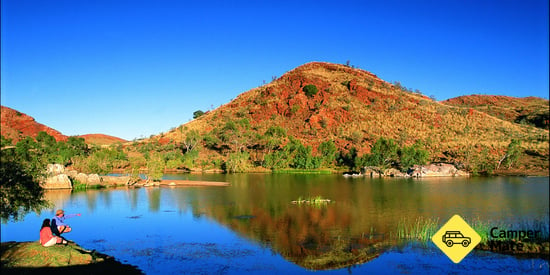 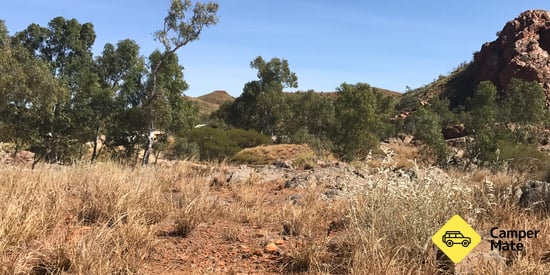 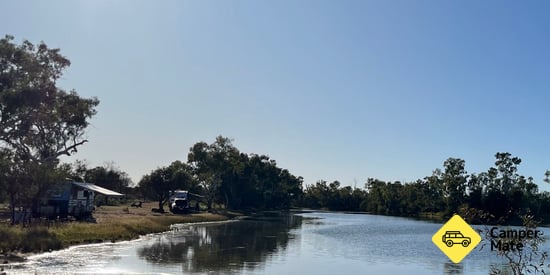 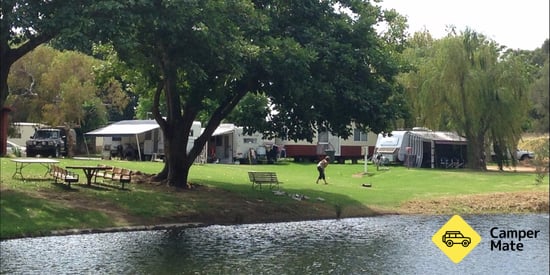 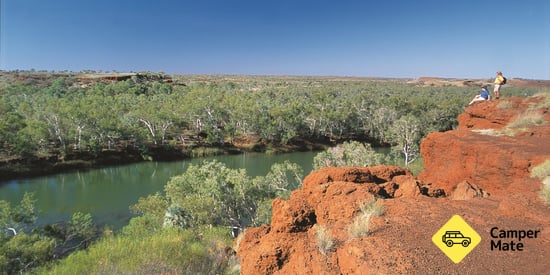 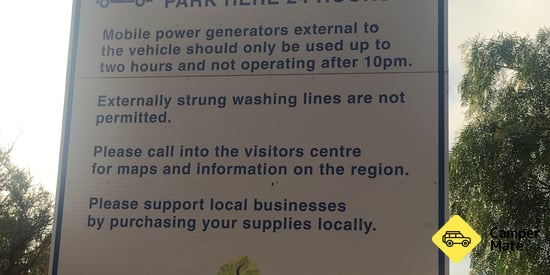 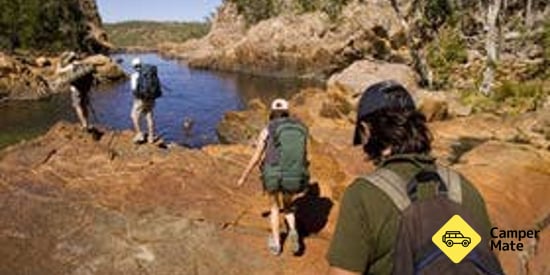 Meet the Antares 406 from Caravelair 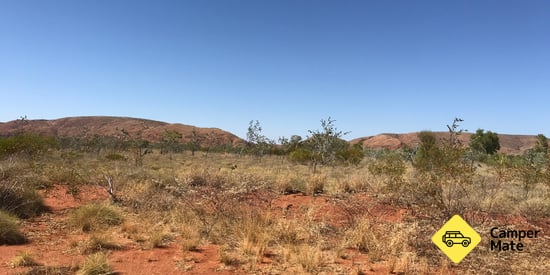